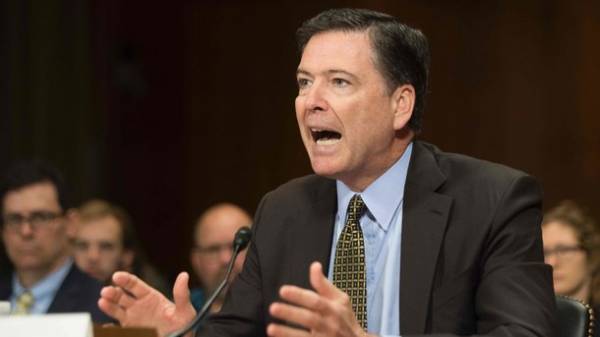 The former Director of the FBI James Komi said that he had no doubt about the fact that Russia tried to interfere in the U.S. presidential election.

“No,” he stated, under oath, responding on Thursday in the Senate on the question of whether he had doubts about the RF interference in the elections.

The former head of the FBI also reported that he had no information about the possibility of Russian intervention led to the falsification of ballots in the presidential election in the United States.

“I was sure that the falsification of ballot papers was not” – he said, answering a question at the hearing. While Komi stressed that the answers to this question, based on the data that were available by the time of departure from his post.

Komi said that he was confused by the decision of the President of the United States Donald trump to fire him, but he knew that he has that right.

“I understand that the President can fire me for any reason or for no reason at all,” said Komi, adding that, however, was surprised when he learned about his dismissal from the news on television.

“Explanation (reasons for dismissal – Ed.) I was surprised and discomfited. They surprised me because the President had multiple conversations about my work before and after he took office,” said the former head of the FBI.

According to Komi, trump repeatedly told him, pleased with his work.

“I was confused when I saw on television, the President said that the fired me because of the “Russian investigation”,” – said the former head of the FBI.

Komi also added that he was surprised, and another reason for the dismissal, according to which he allegedly lost the position because of the decisions he took in an election year.

Earlier, the President of the United States Donald trump officially announced his decision to appoint a new head of the Federal Bureau of investigation Christopher ray.