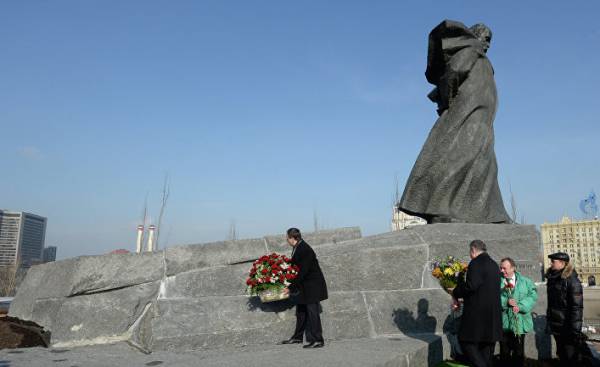 Sometimes I get to listen to radio Russian politicians and political analysts. From those who have flow flowing words and phrases such as “junta”, “Bandera”, “language never was”, “we — one people”… It’s when they want to demonstrate their knowledge about Ukraine. It is unclear whether they receive salary in the Kremlin, or convinced ourselves that these definitions accurately describe the situation in our country, which somehow interesting to them. Although the first does not exclude the second.

For this reason I would like to remind, as in 1914, at the state level was prohibited, the celebration of the 100th anniversary of Taras Shevchenko. The Ministry of the interior sent out a circular to the towns and villages, which clearly rebuked performances, concerts, rallies, dedicated to the poet. This also was attributed to prayers by the poet.

The disposal of the Parliament — the state Duma. After two days of debate. Vladimir Purishkevich then spoke: “It is only the handful of Ukrainian intellectuals, from the celebration of intending to create a political demonstration.”

The people in Ukrainian cities tried to resist the ban. Newspaper “Yuzhnaya Kopeika” wrote: “Yesterday at about 11 o’clock in the morning working machinery South Russian plant (Zhilyanskaya, 107), in number about 500 people left work and gathered in the yard, tried to sing “Eternal memory” by Taras Shevchenko. On duty in the factory yard a detachment of police dispersed the crowd and workers dispersed peacefully. During the day’s work at the factory was not renewed”.

People in birthday of the poet gathered in Kiev, and churches, but they are immediately dispersed by the police and Cossacks. Whips.

But in previous years the Shevchenko days no one interfered. In the late winter of 1909 the newspaper “Russian word”, despite its chernosotenny, wrote about a gala evening in memory of Shevchenko, saaavsem in Poltava city theatre. “The theater was Packed. The audience — mostly in little costumes. Concert program only in Ukrainian language. In the foyer were distributed portraits of the poet and his biography in the Ukrainian language, acquired by the provincial Council in the amount of 30 thousand copies. The collection arrives at the monument to Shevchenko in Kiev”.

In February 1911, the same newspaper spoke of the complementary Shevchenko in Moscow. “In the premises of Literary and art circle held its first solemn meeting in memory of the great Ukrainian poet. Here, all Moscow PoA. In the lobby, in the corridors, in the hall everywhere is full of malorossky sewing on shirts with “using hemstitch”. Here and there you hear a Ukrainian mova, a rare guest in Moscow. At the door, and asked: “Your kvitok?””

And in 1914 the government has achieved what a hundred years will make for consolidation of the Ukrainian people Yanukovych and Putin. However, the last one with blood. Duma Deputy Grigory Petrovsky, one of the organizers of the Holodomor enthusiastically wrote: “the Prohibition of honouring Shevchenko was such an extremely happy and successful as from the point of view of agitation against the government, that the best propaganda you can’t imagine. I think all of our best social-democratic agitators against the government would never have reached in so short a time of such dizzying success, which was achieved in anti-government meaning of this measure. After the action, millions and millions of ordinary people began to become conscious citizens and to verify the correctness of the saying that Russia is a “prison of Nations””.

This is not to convince the Russian Jingo. There is already a clinical case. Although they should have known that at the turn of XIX-XX centuries luminaries of Russian linguistic thought Professor Alexei Shakhmatov (St. Petersburg) and Fyodor Korsch (Moscow) in his writings and at conferences argued that the Ukrainian language is no little Russian dialect, but a separate full-fledged language.