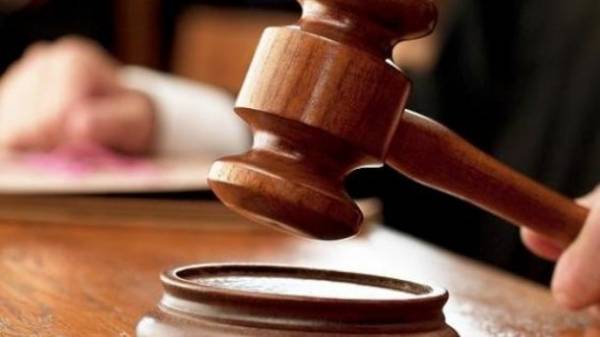 In Sumy, the court has released from-under guards of the former head physician of the regional specialized psychiatric hospital №2, which is suspected of torturing patients, changing the measure of restraint-hour house arrest.

The corresponding decision the court of Appeal region issued today, March 9, having considered the petition of lawyers for annulment of Sumy Zarechny city court concerning change of a measure of restraint to the suspect.

In particular, in their arguments the defenders referred to the fact that their mentee had not previously been convicted, and the charges that she is accused of do not involve detention. She suspected, turning to the judges, noted that her detention is illegal.

In turn, the Prosecutor was convinced that the presence of the suspect at large may be jeopardized by pressure on witnesses. However, the court did not take them into account and, after some discussion, decided to cancel the decision of first instance and the contents of the suspect in custody to change in-house arrest while in the case of resonance will continue the investigation.

The defense plans to appeal the court’s decision to further soften it.

As reported, in Sumy, on March 3 the court chose the former chief doctor of the regional specialized psychiatric hospital №2, which is suspected of torturing patients, the measure of restraint in form of detention until April 28, without the right of bail.

On March 1 indicated the woman was handed a notification of suspicion under part 1 of article 127 (torture is the intentional infliction of physical or moral suffering by way of chastisement for the purpose of discrimination) and part 3 of article 135 (abandonment in danger, which entailed death) the criminal code of Ukraine. The suspect faces up to eight years of imprisonment.

Within open criminal proceedings was carried out the exhumation of the bodies of the seven patients who died in the hospital in December 2016, supposedly heart failure, intoxication and the like. It is established that post-mortem examinations of the bodies was not conducted at all or was carried out superficially, some of the documents a fake. The cause of death of five patients is an acute pneumonia caused by prolonged stay in a room with low temperature.

Also exhumed the bodies of 28-year-old woman who died in hospital in February 2016, according to the certificate of death from intoxication. On the woman’s body was discovered broken ribs and a traumatic brain injury with bleeding inside.

In addition, on March 3 the message on reasonable suspicion of improper performance of their professional duties owing to the unfair relation to them, entailed heavy consequences, was handed to the head of psycho-diagnostic Department of the municipal institution “Regional specialized psychiatric hospital №2”. The actions of the suspect are qualified under part 1 of article 140 of the Criminal code of Ukraine.

On 7 March it was reported about suspicion to the head of morbid anatomy Department of municipal establishment “Okhtyrka Central hospital”, which was about the protocols on the results of autopsies of patients of the regional specialized psychiatric hospital # 2 (part 1 St. 366 criminal code of Ukraine).

According to the conclusions of forensic examinations, the results of the exhumation found that the physician-pathologist of the highest qualification category has not conducted a complete autopsy of the four cadavers with the study of all body cavities and internal organs, thus deliberately made up false protocols in post-mortem examinations with the indication of false causes of death of patients in mental hospitals. Pre-judicial investigation proceeds. 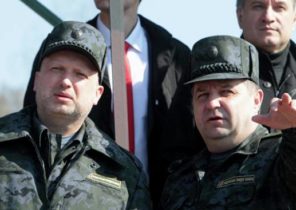 If Ukraine will end ATO: the war in the Donbas