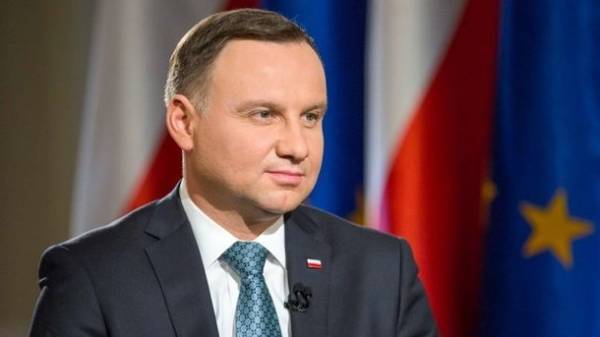 Poland and Ukraine can work together on your future, both countries had experienced foreign invasion. This was stated by the Polish President Andrzej Duda, in his letter on the occasion of opening a memorial plaque to Lech Kaczynski, which was read in Zhitomir, reports “RIA Novosti Ukraine” with reference to Niezalezna.

“Lech Kaczynski considered relations with Ukraine are an important element in the formation of the European solidarity and regional cooperation, and, therefore, “constantly sought to build an area of freedom, security and prosperity of the peoples of Central and Eastern Europe, which play an important role and our country,” – wrote the tune.

In turn, he believes that “Poland and Ukraine can work together to build a successful future based on respect and solidarity”.

The Polish President recalled that both countries had experienced foreign invasion, so cherish their sovereignty and independence.

Earlier it was reported that Duda reminded Putin about the debt to Poland and Ukraine. The Polish leader said that Russia should not only return to Poland the wreckage of the presidential Tu-154 that crashed near Smolensk on 10 April 2010, but the return of the occupied Crimea to Ukraine.