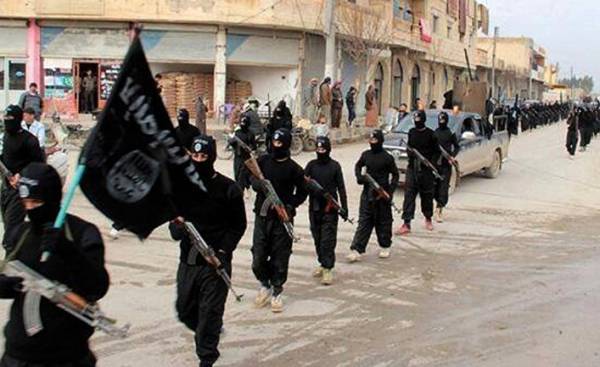 Defeat the “Islamic state” (banned in Russia — approx. ed.) creates a certain tension and anxiety in the corridors of European exploration. They clearly understand that the return of terrorists of the Europeans who joined the ISIS, may result in a new wave of terrorist operations under the leadership of those who returned of people.

The British newspaper the Daily Mail this week published (with reference to the analytical report containing classified intelligence information), a report that dozens of women and children returning from Syria and Iraq in connection with the collapse of the terrorist organization, will be an unprecedented threat to the United Kingdom.

Secret report of the intelligence services from which you can come to the horror, was prepared by intelligence officers for submission to the Prime Minister. Terrorist acts where the perpetrators are people described as individuals or “lone wolves” will be a real threat to Britain, when these people return from LIH. The report States that these attacks are inevitable. This is not new information. But this secret report is notable for the fact that this time indicated that the biggest threat comes from women and children who have joined ISIS. Terrorists are now not only men trained, after which each of them was able to create an independent terrorist cell.

This new threat faced by Europe, called “shards of Raqqa”. Defeat ISIS in its important strategic position lead to the fact that its members scattered in Europe, and will become a threat to security. Women and children will return to England and other European countries, having managed to avoid prosecution for terrorist acts. Such a scenario is possible if they can prove the police were forced to go to Syria or Iraq under pressure from their husbands or relatives.

Studies show that some British women have already undergone military training under the leadership of the organization ISIS. In the Western press, the most famous story about those who joined ISIS, was the story of a British girl Aqsa Mahmood, who at the age of 22 years left the world of the Harry Potter books in order to get into the world of the “Islamic state”.

Aqsa studied in Glasgow in the UK before he left the family in November 2013. Then she entered into marriage with one of the ISIS moved to Syria. There she took a new name Umm leys. According to mother, the last time Aqsa spoke to her when I was on the Syrian border. She told her mother about what will meet her on the day of judgement will hold her hand to take her to heaven with him. Aqsa also added that her biggest dream is to become a Martyr.

These statements and other similar cases show how young girls make decisions about joining ISIS and the move from Europe to Syria and Iraq. Arriving as brides for members of the organization, they subsequently become active fighters or bombers.

In the list of the British women joining ISIS, was Sally Ann Jones, a 46-year-old resident of Gillingham, Kent. She took her son with him to Syria and joined the British women living in the unit, one of the guard units of LIH. The squad, which entered the Sally, includes about 60 UK women aged 18-24 years who went to Syria for Jihad. They pursue women who wear the clothes do not meet the standards of ISIS.

The imminent military defeat of ISIS in the future will lead to active use of women and children to carry out attacks in Britain. The intelligence services are concerned that with the approach of the final defeat of Islamic state will sharply increase the number of bombers attempting to return home, and the security forces will not be able to prevent their entry. The report of British intelligence also noted that available intelligence could not provide a realistic assessment of the dangers posed by the female part of ISIS.

It is worth noting that more than 850 Britons have gone to Syria and Iraq, the vast majority of which have joined the mode of the IG. Went back about half of that number, while among the remaining LIH about 80 British women and 90 children. However, the actual number returned may be greater than the above figures. Especially British girls who married with members of the organization or brides of jihadists, who have already sired many children. Those, in all probability, will arrive in Britain with their mothers.

Expect that these ladies will remove their information in social networks, will destroy the mobile phones that contain evidence of their activity associated with ISIS, in order to impede any investigation which might prove their involvement in the terrorists. Many of them will resort to falsification of figures and documents to return home without being punished.

British security services should make a concerted effort in the fight against jihadist brides. It is noteworthy that last year saw the first arrest of the British woman who joined ISIS and then tried to return to England. A woman named Trina Shaq went to Syria in 2014, taking with him a young son. However, the report noted that Trina is an exceptional case, in a series of other, when the British women were able to convince security of Britain that they joined ISIS solely on coercion.