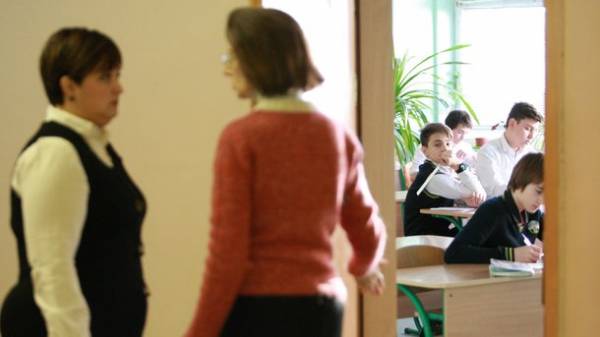 The Ministry of education has completed the first stage of the discussion of new curricula for grades 5-9. Parents are asked not to waste time on copying folders, and teachers are asked to rearrange the topics.

We will remind, in June 2016 mon held a discussion program for elementary classes. Program for grades 5-9 discussed online on the website “EdEra”, where some thousands of people left their suggestions for each of the 13 school subjects. Comments and suggestions forwarded to the working groups forming the finished project of the program.

“From 15 to 22 March in the same way — we will discuss this project. Finally changes will be made to the curriculum in June”, — told the “Today” Deputy Minister of education Paul Habza.

According to him, one of the main objectives of the introduction of the new program will be the implementation of “crosscutting issues” in the learning process — “Environmental security and sustainable development”, “Civic responsibility”, “Health and safety”, “Entrepreneurship and financial literacy.”

THE PRINCE AND IT. According to the Ministry, the most discussed subjects were “History”, “Foreign literature” and “Mathematics”. “The philosophical meaning of “the Little Prince” the sixth graders don’t understand, it must be in the 8th grade. And Marina Aromshtam better to read in the ninth (not eighth, as it is now) — her works are difficult even for adults,” said teacher Tamara denisiuk.

Some parents noted that the program for the study of modern technology now lags behind the real knowledge of adolescents. “Today’s children in the 5th grade already know how to copy files and folders. Study time should be used to gain useful practical training. The study “Technology in human life” — an unnecessary theory, it is better to teach children to type quickly,” says one of the parents of Alexander Litvinenko.

Also the teacher made comments to the time allocation for subjects. “The security briefing is not necessary to allocate a separate topic: we will spend 15 minutes instead of an hour,” says the teacher Olga Barna. And the teachers of geography are asked to relieve the density of the program. “Let the students study rectangular coordinates later if they will need in life. We don’t learn a topic if it is allocated only one lesson,” — says Tatiana Copco.

In mon believe that to reshape the textbooks you need and because of inconsistencies, such as incorrect sequence of presentation of topics. “Theme “Vectors” students learn after physics mechanics began with the computation of vectors. They should swap places,” explained Paul Habza. I agree with this position and teachers. “In 6th grade, we cannot study the amplitude of temperature fluctuations, as in mathematics, the students have not yet passed the subtraction of negative numbers,” adds Copco.

CHILDREN ARE GETTING SMARTER. According to expert Catherine Taranik-Tkachuk, program change will make it relevant. “Today’s children has changed. For example, earlier someone might not understand the deep meaning of the work, and now everything is different. You can try to read some novel in the younger grades”.