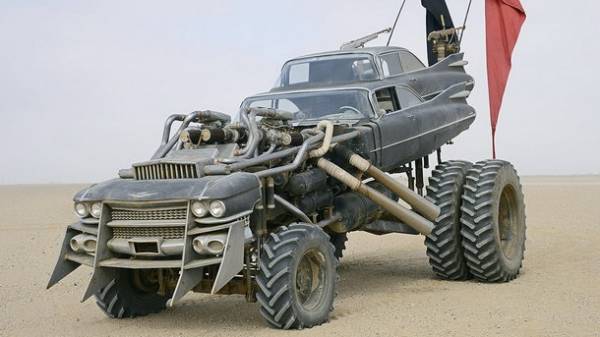 When the vehicle is on a par with actors of flesh and blood becomes a superstar, it’s safe to say that this is a great car. He was not just decorate them the frame, but to inspire a whole generation of car culture and become a dream for each child, contemporary, enthusiastically staring at the screen, writes “Popular Mechanics”. 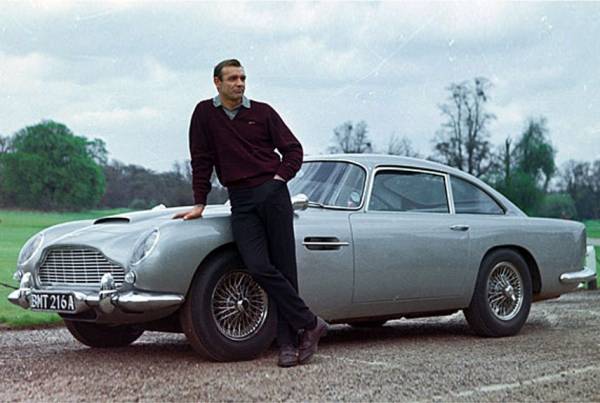 Films about James bond is widely known for its luxury cars, but it all started in 1964, when the Aston Martin DB5 appeared in 007 films “Goldfinger” and “Thunderball”. Even without any adware or spyware modifications, this car is a true work of art, but his cult made many gadgets that helped 007 in the chase and shootings on the road: smoke screen, oil sprayer, reinforced bumper and even… a machine gun. Looking back at the Aston Martin DB5 today, the most interesting feature is that, in a sense, bond’s car in 64 year predicted the advent of modern navigation systems. Collectors appreciated the car: last year, one of the few used for the film “the Martins” was sold for a record $4.6 million.

1976 Lotus Esprit Series I, The Spy Who Loved Me 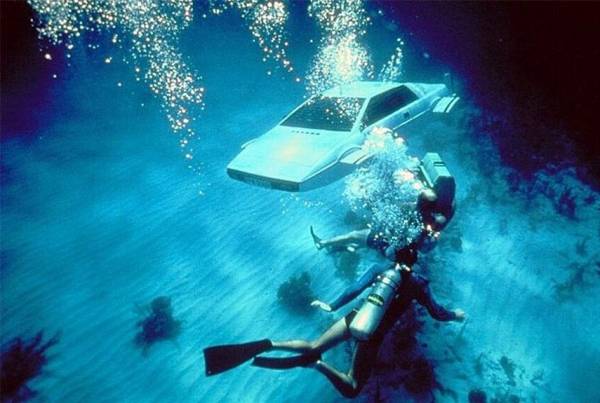 Another car of “James bond” has become a classic for years to come. In the 1970-ies the elegant shape of sports cars of the 50’s and 60’s lost action-Packed, chopped bodies with sharp corners and flat faces. A strong form of such cars as the Lancia Stratos and Lamborghini Countach changed the idea of the design of sports cars, but none of them did not become the vehicles of James bond. But the Lotus Esprit was more fortunate: in the film “the Spy who loved me” came the white Series I Lotus Esprit hard. At the time, a demonstration of how the car is developing into a submarine and back again, aroused the audience cheers, even today, the amphibious vehicle looks very good.

1977 Pontiac Trans Am Smokey and the Bandit 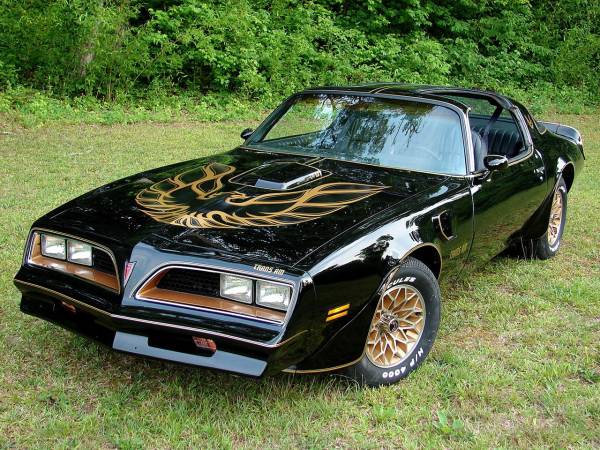 When, in 1977, Director Hal Needham, chose for the filming of “Police and bandit” Pontiac Trans Am, he had no idea what the cultural impact will this car all over the country. Even after a decade and a half machine appearance is quite consistent with the spirit of the time, but it was not the main thing. When the audience saw the Trans Am famously writes out of the loop and jumps across destroyed bridges, helping them hide from the evil Sheriff Buford, many were eager to acquire black-and-gold car for personal use. After the debut of the film, sales grew by 30,000 cars from 1977 to 1978, and another 24 000 in 1978 and 1979. Bold color, roof type, T-Top and the fact that the car was faster and managed better than the Corvette, coupled with cenopopulation made him a true legend. 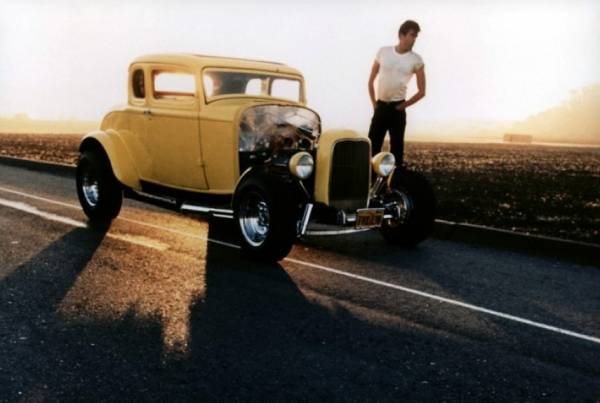 A few years before the triumphant “Star wars”, George Lucas proved himself as the Director of the film “American graffiti”, the youth Comedy in 1973. This film became a kind of reflection of the memories of the Director about the California car culture of the 1960s, and together with future stars (Harrison Ford, Ron Howard and Richard Dreyfus) gave the world one of the most recognizable cars in the world, the ’32 Ford. Ford bold Canary yellow is equipped with a Chevy 327 V8 that has played a key role during the race on Paradise road between John Milner and Bob Falfa when halfway ’55 Chevy suffered a spectacular wreck. 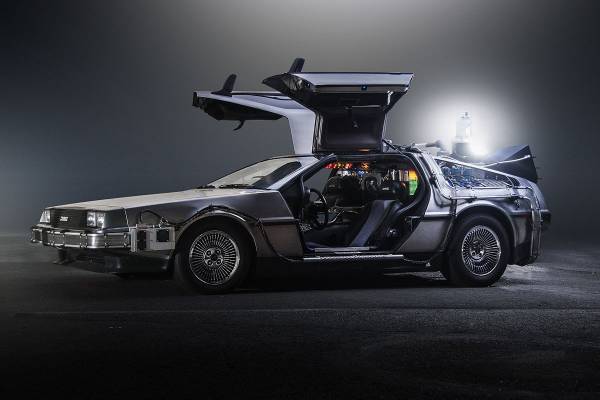 Today concludes our top 5 of course the legendary DeLorean that became a full actor of the trilogy “Back to the future”. The visual design of stainless steel was developed by the famous Giorgetto Giugiaro. DeLorean”s DMC-12 was not a supercar, though its appearance (and the role in the movie) and cried about the opposite: under the hood of the car was located a sluggish 2.9-liter V6, providing a thrust of 130 HP, which was later replaced by the more vigorous V8 from the Porsche 928. Despite the cult status of a futuristic car, in the 1980-ies the sales of this model failed, but so far the mechanics from around the world restore unusual car on the basis of other, more modern cars, and proudly display them at exhibitions and major collections of science fiction fans. 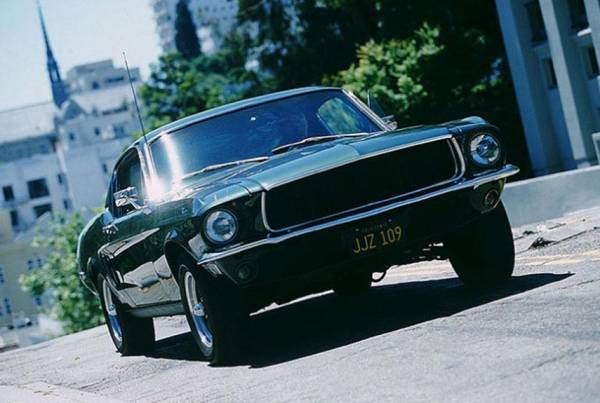 Steve McQueen, as we know, did any car or bike is incredibly cool just the fact that sat behind the wheel. But the Highland Green 1968 Ford Mustang GT 390 did not need additional PR. Chase through the streets of San Francisco when the Mustang was literally hanging on the tail of a 1968 Dodge Charger, is recognized as one of the best cinogenic ever recorded on film. A little “Lite”, more predator-like design of the model makes it look even better and original wheels American Racing Torque from magnesium alloy, give the car a sporty aggressiveness. A clear indication that the car has surpassed cult status kinocare and became a real icon is the fact that Ford has twice (!) released version with the limited edition. 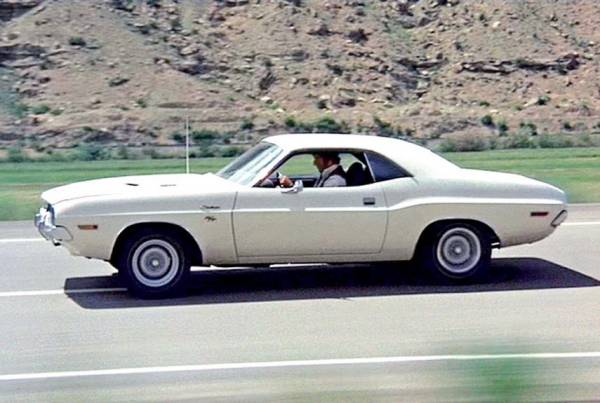 1970 Dodge Challenger R / T-especially the Hemi model-was one of the most impressive pony cars of its time. His reputation has only grown stronger with the release of the film “Vanishing point,” directed by Richard Sarafian. The plot is simple: Kowalski (Barry Newman) makes a bet that he can drive from Denver to San Francisco in less than 15 hours (which would require an average speed of over 80 mph). Can you imagine what the impressive lengths he has to go: crazy loops, jumping over ravines and other elements of extreme driving has played into the hands of the Dodge Challenger. By the way, put them in the same team, whiling away previously worked on “the bullet”. However, they have not raised a hand to destroy the car: in the final crash that destroys the car, the creators of the film used 67 Camaro, not a Challenger. 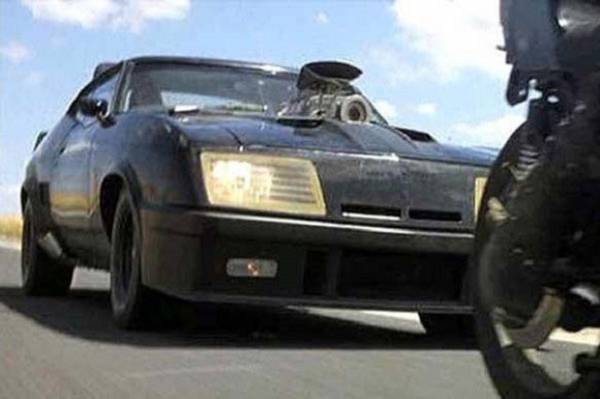 When it comes to cars, Australians, as history shows, as crave speed, like the Americans. In the 1960s and 1970s years, the Australian division of the American car companies have created a pretty brutal model — cars, which in the States haven’t seen. One of them was the Ford Falcon. In its third generation Falcon XB GT got power from the V8 with a 351-cid. However “Mad max”, Directors and completely transformed the already cool “Falcon” the brutal “Interceptor”. New design bow, huge signal lights, thick tires… the Only “fake” was a supercharger power — the real car such a device is not possessed.

1970 Dodge Charger The Fast and the Furious 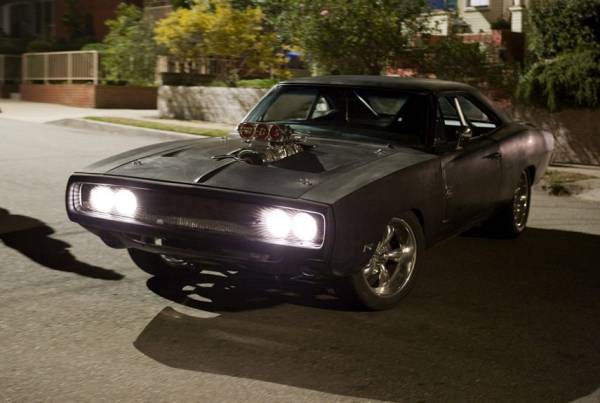 The classic 1968-70 Dodge Charger is a superstar of cinema and television. The most famous of all was, perhaps, the ’69 Charger “General Lee” from the TV series “Dukes of Hazzard”. In 2000, the vehicle was involved in the second coming, becoming the personal vehicle of VIN Diesel in “the fast and the furious”. With huge tires and a powerful engine, Chardger was very impressed. In the climax of the race on the railroad tracks when the Diesel car turned over a second later after the locomotive, the hearts of the audience was conquered once and for all. 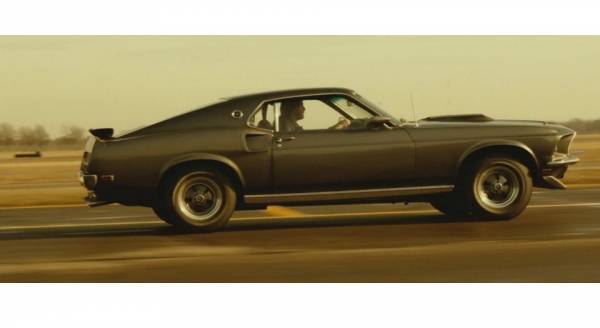 The most memorable transport Keanu Reeves for many years remained a city bus Los Angeles. But 20 years later, “Mustang”, which swept one of the most daring heroes of Keanu, John Wick, has forever changed the attitude of the actor as a “professional slug”. “Mustang”, referred to in the film, served as a Boss 429, but it’s not. Real Boss’09 is very rare, solely as a collector’s item — for example, in 2015, it was sold at auction for $550,000. Likely, the crew used a “69 Mustang Mach 1” with a 390 V-8 or 428. Both are powerful enough for on-screen stunts and do not look less cool. The most interesting is the fact that the shootings involved a real car, not a CGI model. 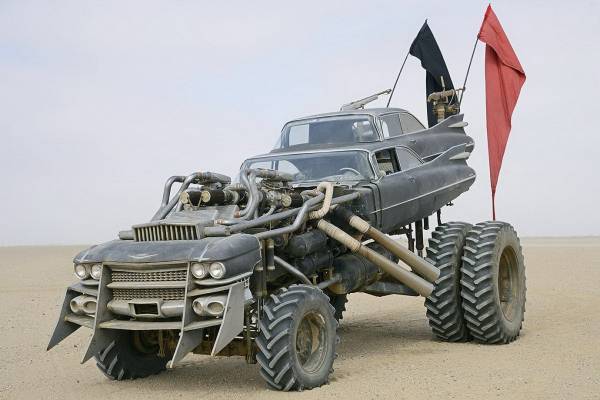 Fans of “Mad max” was looking forward to the release of the film “Road rage”, but even for them was a surprise how impressive fleet of custom, grotesque car made by the Director. Of course, every car deserves individual consideration, but today we look at perhaps the most impressive of them is the Gigahorse. This beast looks like a product of computer graphics, however, are absolutely real. Formed the basis for the body Double a ’59 Cadillac, embarked on the chassis of the truck, also equipped two twin V-8 operating in the Overdrive modes. Completing the picture is a patterned tractor tires, giving the car a real monster car. 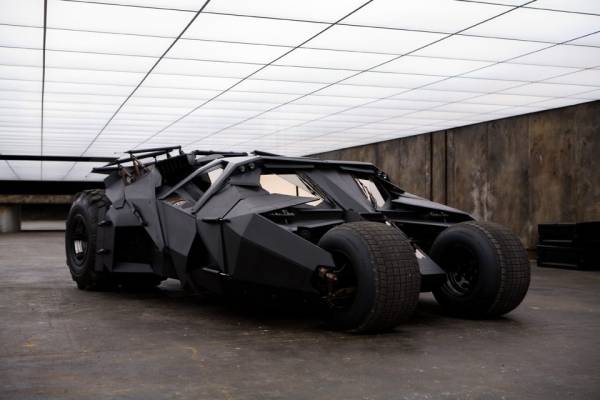 Like cars of the James bond series, Batman vehicle successfully passed the test of time and look cool to this day. However, the Batmobile in the style of “military” of the trilogy Christopher Nolan has surpassed his predecessors. According to the creators of paintings, racing 350-cid Chevy V8 tankopodobnye Tumbler accelerates to 100 km/h in just 5 seconds, even with its off-road 37-inch tires. The front tires are mounted on independent suspension, and the body is made of more than 65 carbon fiber panels, outwardly indistinguishable from the composite armor.