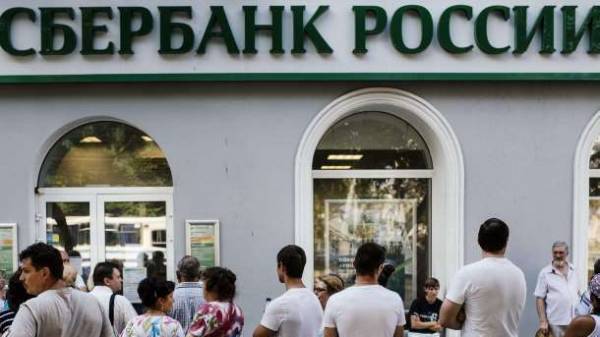 Russia’s Sberbank has agreed to serve people with “passports” so-called “DNR” and “LNR”. About it reported in a press-service financial institution, reports TASS.

The Bank noted that people with these “documents” will be served in all branches of the financial institution.

“Since the signing of the decree of the President of the Russian Federation on the recognition of passports “DNR” and “LNR”, “Sberbank” took time to organize the reception quality of the document proving the identity of the new types of passports. Today “Sberbank” is ready to serve the persons seeking passports “DNR” and “LNR”, in all branches of the Bank”, – reported the press service of the Bank.

No country recognized the fake documents of the unrecognized republics, with the exception of Belarus, which, though not recognized “passport”, “DNR/LNR”, but considering the selective passage of persons with such “documents” on its territory.

Interview with Deputy Prime Minister Vadim Pristayko: Russia’s Decision on annexation of Crimea and war in Donbas can be “turned off” back