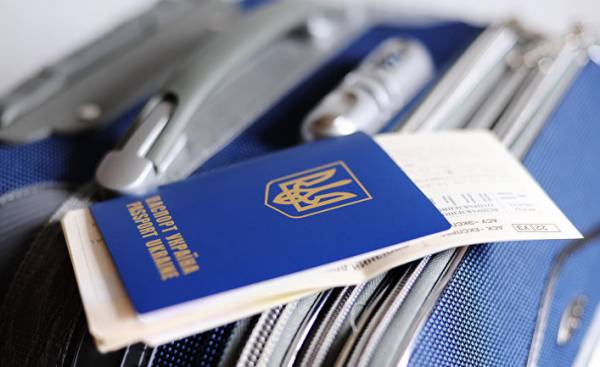 In a world where more hard boundaries, an incredible labour migration are not afraid of Poland. Quite the contrary.

Nearly a million Ukrainians came to 38 million Poland after three years ago their country was Pro-Russian rebellion. And that was enough to fill the labor market, stretching from the record-low unemployment and economic growth approaching 3% in 2017.

Unprecedented numbers have helped to keep wage growth and stabilize the economy, which faltered last year. This week politicians consider the costs of borrowing, and such number of migrants has also been a boon for the Central Bank, which received the highest rating of stability in interest rates. After a pause in March 2015, the Council for monetary policy, consisting of 10 members again leave the bar at a historic low of 1.5% on Wednesday, according to 30 analysts surveyed by Bloomberg.

“The arrival of one million Ukrainians means that demography is not a death sentence,” — said in his report, Tomas Wieladek, economist at Barclays. “The disinflationary pressure in the labour market will probably contribute to reducing core inflation CPI and, consequently, will reduce interest rates for a longer period. Reducing the aging of the population due to migration is likely to contribute to longer-term growth.”

The annexation of Crimea Russian President Vladimir Putin in 2014, and then a separatist conflict and a two-year recession, has forced more and more Ukrainians to seek a better life in neighboring Poland. Close cultural and linguistic ties, as well as convenient bus travel across the border made Poland the obvious choice.

At that time, as in the European Union is largely run by those who are saved from armed conflicts in Syria and North Africa, Ukrainians go to Poland for higher wages and the relative ease of access to the labour market. According to official estimates, the number of Ukrainians, which took Poland, comparable with the total number of migrants arriving in Germany — a country that twice — in 2015-2016.

“It is clear that the scale of immigration into the Ukraine was extremely high not only for economic but also for political reasons,” — says Jakub Binkowski, an expert on immigration at the Polish Union of entrepreneurs and employers.

Although last year the number of Ukrainian workers in Poland has already exceeded a record 1.3 million people, almost half of the employers were looking for Ukrainians since unemployed local residents was not, according to a survey of 300 companies in January. Almost 40% of firms in the field of sales and services rely on the Ukrainians, say at Work Service SA, a recruiting and staffing company in Warsaw, which conducted the study.

According to PKO Bank Polski SA, the wave of immigration from Ukraine has actually delayed the aging of the population of Poland for five years. This is a significant achievement for one of the most rapidly aging countries with the lowest birth rate in Europe.

The head of the National Bank of Poland Adam Glapinski has warned that the country faced a shortage of workers, stating that the unemployment rate much below the “normal level”. The members of the Council to set tariffs expressed concern that wage growth may “significantly” accelerate in upcoming quarters, as unemployment declines, according to the minutes of the February meeting of the Central Bank.

Some of the measures proposed by the government, such as the plan to reduce the retirement age, can only exacerbate the problem of Poland, a reduction in workforce. The unemployment rate in Poland remained the lowest since the beginning of the capture in 1992. In the last quarter it was at 5.5%, compared with 5.9% in the previous three months.

The growth of average gross wages accelerated to 4.3%, compared to the same period of the previous year in January, becoming the fastest over the past five months after the average level of 4% in 2016. Without weakening tensions in the labour market, higher wages can exert more pressure on inflation, which in January had already reached the target range of the Central Bank for the first time in four years.

Of forward rate agreements, derivatives used for interest rates show that the next step in Poland will increase the cost of borrowing in 2018.

According to the Polish Union of entrepreneurs and employers, Poland needs an additional 5 million people over the next 20 years to maintain economic growth. In the next five years, the country will need about 100 billion euros (106 billion dollars) of development funds of the EU, and it risks to lose time if the number of the workforce will be reduced.

“Poland is about to launch major investment projects, and to expedite their completion,” — said Maciej Witucki, head Work Service. “Without workers from Ukraine the risk that the company will miss its plans, becoming more realistic.”