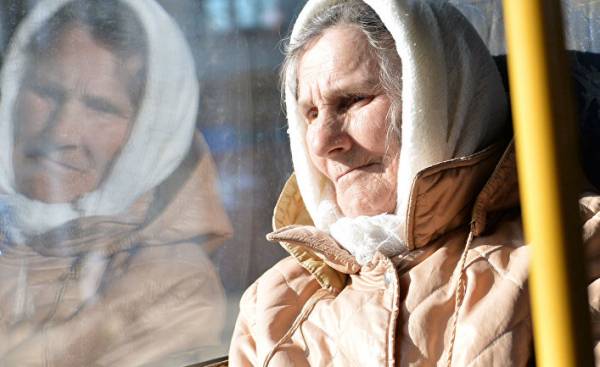 Since 2001 in Latvia started to work a three-tier pension system, but to talk about fundamental improvement in the standard of living of pensioners is too early — the average pension in December of last year was 301,34 euros per month. And it is very far behind the established in the country the minimum wage (last year the minimum wage was € 370 per month).

In Latvia pensions 460,7 thousand pensioners. As evidenced by the data of the State social insurance Agency, in the last five years the number of older people whose pension does not exceed one hundred euros a month — has doubled. Last year there were 21.3 thousand, or 4.6% of the total number of pensioners.

I should add that most elderly people or slightly more than half receive between 200 and 300 euros per month. And it is not considered a large sum.

I should add that in five years 58% increase in the number of pensioners whose monthly pension is above € 500. Their number is 31 thousand, or 7% of the total number of people of retirement age. Of these, more than five thousand receive a pension in excess of one thousand euros.

As for the readiness of Latvia’s residents to transition into retirement, the country was the last in the list of the three Baltic States. On a 10-point scale willingness of the population with SEB Bank was estimated at only 3.4 points, whereas in Lithuania this index equal to 3.5, and in Estonia with 3.8 points.

Myblog Latvia recognizes seniors — the most vulnerable social groups, and opportunities to get extra income from them a bit.

On the question about solutions for increasing small pensions by the representative menslage Egil Zarins said that this task is in the action plan of the government, and the responsible parliamentary Commission will begin to consider it in early March, together with representatives of menslage.