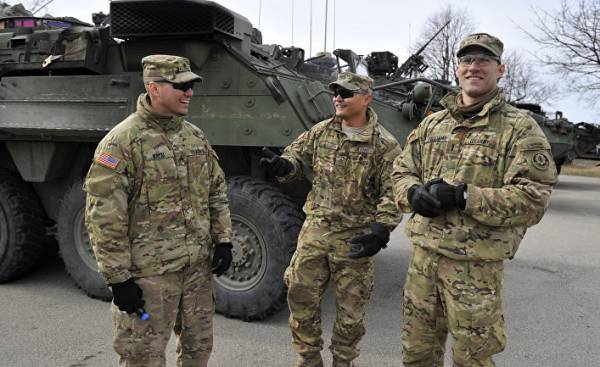 American analytical center RAND, research and analysis which is often used by the US army, published a report “Hybrid war in the Baltics. Threats and potential responses.”

Like that time when RAND predicted a rapid defeat of NATO in case of Russian attack on the Baltic States, now conclusions too provocative. Researchers indicate that the escalation of the conflict between Russia and NATO could be due to chance, for example, in Latvia, Lithuania or Estonia will be something like that in 2015 in Turkey, when the military air forces of that country shot down a Russian plane. Moscow may intensify their propaganda among the living in the Baltic States the Russian, who will believe her. With this in mind, you need to create a more cohesive society in Latvia and Estonia.

So far we can agree, however, American researchers, not one of the best recipe for improvement, in addition to concessions to the Kremlin’s pressure. “Greater recognition of the Russian language, increased funding on education in the Russian language, and citizenship for migrants of the Soviet times would also significantly reduce Moscow’s influence and would undermine the assertion that in the Baltic States Russian-speaking undesirable,” the study says. These recommendations coincide with frequently raised by Moscow political ultimatums, and therefore may even have suspected that American analysts simply wrote off any complaints by the Russian foreign Ministry about “the infringement of the rights of Russians” in the Baltic States. In the past, these complaints sometimes listened to in the West, but later politicians and officials came to understand that flexibility will only help to influence and pressure Russia to neighbouring countries, not lessen them. Besides, of course, that such decisions will cause a sharp contractio from the main nation.

And RAND this report notes that the Baltic States such a move will not take. There it is concluded that in General, not so bad is with integration, for example, in Latvia there are many inter-ethnic marriages, and in the armed forces are Russian-speaking. Then why provoke?