From February 1, any citizen of Russia can obtain in the far East, their hectare of land. Leader on submitted applications became Primorsky Krai, said Deputy Minister for development of the Far East Sergei Kutaev. However, there will be enough for everyone in the land of Primorye and will hectare “gold” during the development?

The purpose of the program the allocation of land in the far East was to stop the outflow of population from the region, which is home to 6.2 million people, said Deputy Prime Minister Yuri Trutnev. In an interview with Rossiyskaya Gazeta, he said that to date the application is filed more than 36 thousand people. “We believe that the distribution of the allocated sites to the entire territory of Russia will increase the number only for 2017 to 100 thousand people”, — said Trutnev.

The allocation of plots Primorsky Krai is the most popular, because here the best climatic conditions for agriculture and beautiful nature. The most popular areas in the Khasansky, Nadezhdinsky, and Shkotovsky districts, because they go to the sea and located in close proximity to the Vladivostok agglomeration.

How to find the area?

“The main idea of the project is to give freedom to the people, to give them the opportunity of self-realization. The freedom applies both to the choice of the location of the site and its use”, — said Alexander Galushka.

According to experts interviewed according to the words, just complete freedom to some extent and is a limiting factor for citizens. To view the map all land in the right scale is unrealistic. People don’t know the area and will be looking for their stations, focusing on geographic beacons of the island, hills, rivers, coastline and other.

In addition, in Primorye faced with a problem that affects all regions of the Far East. This land could be reserved by other citizens, but on the public cadastral map is not displayed because the documents are either in their arms or in the local municipality. Because of “lining” the denial of the allocation of hectares receiving up to 30% of applications, according to according to the words. EN.

“If you care about the infrastructure will fall on the shoulders of the owners of the hectares, it will turn into “Golden acres”,” — quoted by regnum. EN the words of an expert Ruslan Abramov. “Don’t forget about the prospects of sales of products, and they are extremely low,” he said.

Earlier, the Ministry of Far East development proposed examples of a business plan to implement them on a dedicated hectares of land. Among them, crop, farming, breeding rabbits, growing strawberries in the open ground, the production of different goods, low-rise housing construction, hunting and fishing, tourism and leisure, construction of hotel, service station, fast food restaurant, and much more.

Experts have criticized the business plans of officials. Their proposal was based on the experience of foreign countries where the climate is favorable, and farmers have been a real help. So, for breeding rabbits in a business plan indicates the figure of 3 million rubles, which, obviously, will be borne by the farmer. It was noted high mortality of young animals.

The establishment of apiaries officials have evaluated a total of 380 thousand rubles, which was supposed to pay off in six months. However, they did not consider current expenses, taxes, wages beekeeper. Besides, bees can get sick and die in a couple of weeks after their purchase.

The sites are allocated on distance more than 10 kilometers from cities with population over 50 thousand people in a radius of over 20 kilometers away from the 300-seat cities. On such sites do not exist any communication — from power lines to roads. The state can help, but cannot guarantee this in law.

There was criticism of the famous project of growing strawberries in the open ground with a payback period of a year for which you need 900 thousand rubles. It also does not take into account taxes and the salaries of workers who grow, harvest and sell strawberries. Even if all the works by the owner of the site costs in the first year will exceed 1.4 million rubles, and the profit should appear only in the second year.

A project to create a fast-food restaurant with careful consideration unrealizable. Thus, to obtain a profit by the second year the restaurant is open daily must sell 56 of sandwiches, 80 drinks, 32 portions of ice cream, the same pies and more. The prices for products must exceed the cost of branded food in Moscow and St. Petersburg McDonalds. The number of paying customers in the forest project developers forgot to take into account.

Construction of a car wash for 1.4 million rubles a business plan will give a profit of 140% per annum. But, to do this, when the clock wash 83 cars a day. Such throughput transport away from the road is highly questionable, as the performance of staff.

According to experts, the distribution of land is unlikely to change the situation in the far East, but, at least, improve it. “The emergence of private farms “hectares” will not change radically the situation in agriculture of the Far East, but still will help to solve local issues of providing the population with local products” — quoted eastrussia.ru words Rostislav Turovsky. 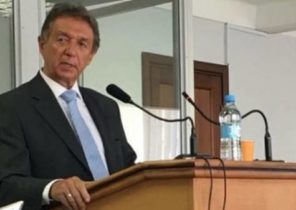