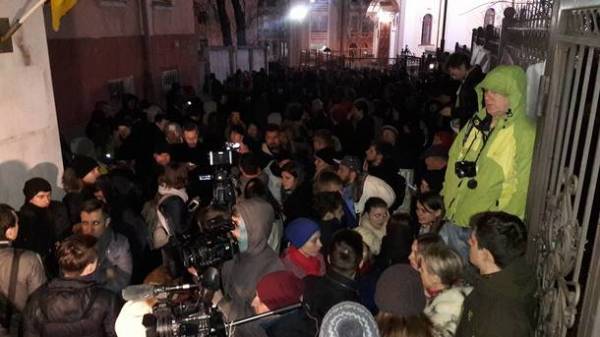 Odstraneny from the position of head of the State fiscal service Roman Nasirov lying on a stretcher in the room of the Solomensky district court of Kiev, it is unknown whether he will make a statement, said MP of Ukraine Mustafa Nayem.

Coming to the journalists from the premises of the court, where nobody from the media is not passed, the MP said: “the Lawyers in the hallway, and Mr. Nasirov is, nothing happens.”

According to him, Nasirova do not let anyone, including, and people’s deputies who are in the court.

Answering the question about what state Nasirov Nye said, “is, I haven’t talked to him”.

Clarifying whether Nasirov to make a statement as announced earlier, his lawyers, the MP said: “I understand that he is now lying and say nothing”.

Also lisak said that the confirmation from the leaders of NABOO and SAP on the invitation of the court lawyers have not received.