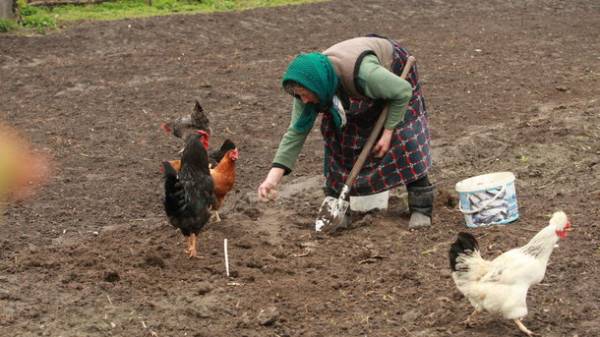 The international monetary Fund has already promised in late March to approve the next tranche of Ukraine’s $1 billion reported in the Fund. A Memorandum of cooperation with Ukraine for 2017-2018 is also updated, but what is written in the document yet. Potentially may require from Kiev to the IMF and how it will affect the lives of Ukrainians, found out Today.

RATE PER BILLION. Rumors that the updated Memorandum agreed upon, appeared on the first day of spring. And on March 4 the head of the IMF mission in Ukraine, Ron van Roden has officially confirmed this information and said that now the Executive Board had a free hand for decisions on tranche. Later on successful negotiations reported in social networks and the Minister of Finance of Ukraine Oleksandr danylyuk. We will remind: according to the program of cooperation with the IMF, approved in 2015, the Fund had to allocate $17 billion over four years. The money sent to the reserves of the NBU to support the hryvnia exchange rate. But while Ukraine has received only three tranches totaling $7.7 billion the Remaining nearly $9 billion, we should get within three years — if you fulfill the requirements put forward by the Fund.

The contents of the new Memorandum and list of those requirements have traditionally kept a closely guarded secret: “because Of the difficult social situation in the country decided to keep the Memorandum secret,” said us MPs from three factions. In turn, the Deputy Prime Minister Pavlo Rozenko at the end of last week assured that the new version of the Memorandum does not contain threats to the social sphere or intention to restrict the rights of pensioners: “In the latest version of the Memorandum there is no mention of raising the retirement age. The issues of retirement age and pension reform must be discussed in the government, society and the expert community. The final decision will rest with the deputies of the Verkhovna Rada”.

LAND AND PENSIONS. The fact that such an important document are hidden from the public, experts assess negatively. “On the importance it is little inferior to the budget of the country and significant socsecnum. Carry it to the IMF only after peer review and extensive public dialogue, the political analyst said Ruslan Bortnik. — Although, indirectly, it is already possible to identify four key provisions that will be in the new Memorandum. Sure, not without demanding the lifting of the moratorium on sale of agricultural land — especially in Parliament under a few bills. Sure to be pension reform: perhaps not the increase of age, but the increase in seniority for pensions — exactly. And there will be a question of reducing the number of civil servants by about 100 thousand people (today in Ukraine to 260 thousand. — Ed.). Last question — expansion of the list of enterprises subject to privatization”.

With a colleague, agrees politekspert Vadim Karasev: it’s in the list adds more requirements to reduce the Pension Fund deficit and a wide block of anti-corruption issues. “Now we need to wait for the meeting of IMF which will take place in late March. If until that time, the Parliament will show a desire to work the reforms or to take some specific decisions, in March we will have approval. Tranche, then we will be able to get to the end of the first half,” — said Karasev.