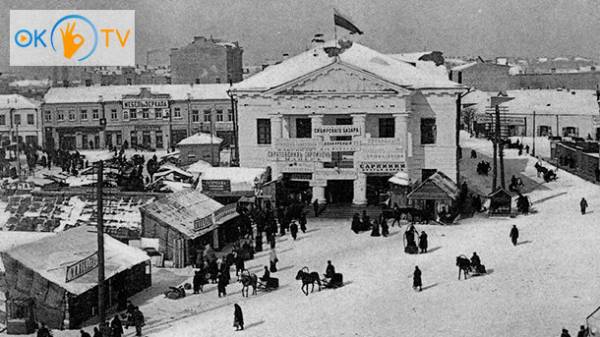 I know all about Kiev!

This phrase is the biggest misconception. Even guru-historians and ethnographers are not always able to boast that your knowledge about the past of Kiev and about the attractions that literally covered the city. If you are skeptical right now reading this – we are ready to convince you. For example, do you recognize this place?

Perhaps not everyone will see this place Kontraktova square. But this is quite usual fair, which was held in the capital just over 100 years ago! Few people know that between Volyn, Podillya and Galicia in the period after the third partition of Poland (1795) was formed the new border. Famous at that time, the center of congresses and contracts – Dubno – became part of the Russian Empire (although the town belonged to Poland). Then the Emperor Paul I decided that it was in Kiev need to postpone the major trade gatherings. Guess what kind of place is liked the most? Correctly, the epicenter of trade and craft events – Hem. This part of the city was always the most crowded. And three weeks after the celebration of Baptism begins this large-scale fair.

— When Kiev started to carry out the contract fair and how was it?

— Why building contracts house built on the edge of the area, and not in the city centre?

— What functions, apart from the exchange, had a house Contract in the NINETEENTH century?

Of course, if you want to know about the capital as much as possible – the answers to these and other questions about Kiev sights you can find in the section https://oktv.ua/turizm/dostoprimechatelnosti-kieva. Believe me, you will see there and other useful information. 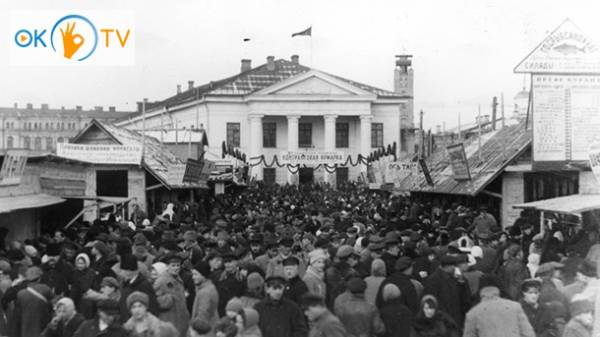 In 1798, the building of the town Council held its first contracts. Some circumstances led to the fact that for two years a stone house on the street Pokrovskaya. There and done great things: prepared documentation, negotiated purchase and sale of land, estates, serfs, bread, woods, and more. But on the subway and then out of the question! The Krasnaya (Kontraktovaya) Ploschad to subway construction. The end of 1960-ies

The modern look of this place in any case not inferior to what it was before. Here you can sit in a cozy cafe, enjoy a fragrant warming beverage and watch as the city life. And for those who has a rest – time on the hemline stops. Actually, this place is fraught with innumerable secrets. Nice to sit with a Cup of coffee, explore your surroundings and listen to the fascinating audio tours, learning something new. You should definitely do it if you want to know:

— Why the official name of the blue line of the Kiev metro is geographic nonsense.

— How the station “Kontraktova square” was “Mogilitsa” the first tram line in the history of the Russian Empire.

— As the station became a pioneer of de-communization.

You can read a lot of literature on this subject, but it’s easier and significantly more pleasant to be in this place and listen to the audio guide, which will certainly reveal you all the secrets.

In General, Kiev has retained much interesting and if you are determined to stay, the case remained for small. To find the best option for accommodation, buy tickets and hit the road. And so you didn’t spend a lot of time looking for housing – here’s a recommendation: rent apartments by the day in Kiev from okTV will be the best solution. Because the advantages of daily rental are obvious:

In addition, you will surely find an apartment that will suit the budget and, not least, you can see real photos of the property and to see the detailed description.