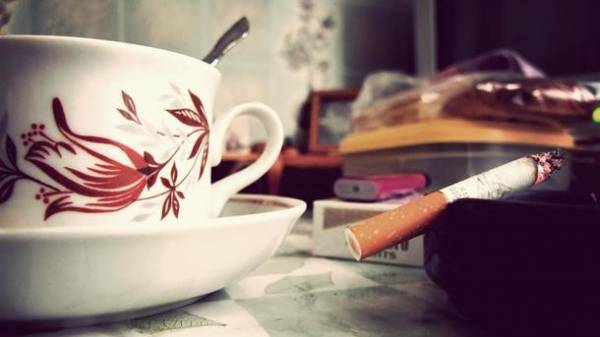 Smoking actually increases the craving for caffeine, found by researchers from the University of Bristol. The results of their study published in the journal bioRxiv, writes newsyou.info.

A group of researchers headed by Marcus Munafo (Marcus Munafò) analyzed data on the genetic profile, the lifestyle and nutrition of 250 thousand residents of the UK, Norway and Denmark. While Munafo and his colleagues focused on people who inherited from their ancestors a specific variant of a gene of nicotinic receptor CHRNA5. Previous studies have shown that this genetic variant increases susceptibility to Smoking.

Data analysis showed that carriers of this gene also drink a lot of coffee, and only if they smoke. The calculations showed that each additional copy of the “Smoking” version of the CHRNA5 gene makes its bearer to smoke about a cigarette and a Cup 0.15 cups of coffee per day compared with those who have this gene variation no.

Munafo and his colleagues believe that the relationship of cigarettes and coffee is not only a habit. Nicotine accelerates the process of decomposition of caffeine in the body, so smokers need to drink more coffee to get the same effect that you get from this drink is non-Smoking.

In addition, Munafo explained in an interview with NewScientist, the link coffee and cigarettes can hinder the process of Smoking cessation. If a smoker stops Smoking, but continues to drink a lot of coffee, it can appear very unpleasant side effects, such as increased anxiety and nervousness, which is usually taken for the symptoms of the syndrome. Munafo and his colleagues are planning to further study this issue.