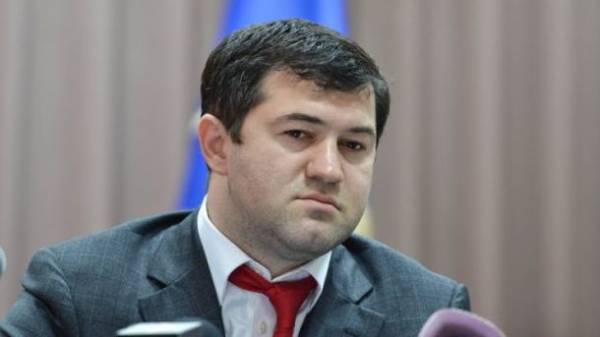 Stories with sharp deterioration of health of Ukrainian politicians before detention or in the courts is no surprise. Failed and the head of the State fiscal service Novel Nasirova, which, incidentally, has already dismissed.

As soon as the “smell of fried”, the officer immediately ended up in the hospital. However, to escape justice, he could not – there he was overtaken by the officers of the National anticorruption Prosecutor’s office, where the suspect handed directly to the hospital.

At the same time Nasirov allegedly suffered a myocardial infarction. However, the pragmatic Ukrainians do not believe in such a “sudden” illness officials – social networks are full of jokes and ironic remarks.

My team to save the country! pic.twitter.com/lbSbgkW4ps

Lawyers Nasirov will be formed a football team.

The arrest Nasirova was supported by a heart attack. #Heart attack: the best friend of corruption.

Ukrainian intelligence identified a new disease – PDSR. After scoring the words in there can be seen a heart attack, grabbing the legs.

We will remind, yesterday, on March 2, Nasirova was arrested in “Feofaniya”. “Yes, it’s true. It (Nasirov – Ed.) detained in the investigation of the “gas case”, – have informed in a press-service of NABOO.

Sources close to the NAB, said that the searches which were held on Thursday in the GFS box and a Specialized anti-corruption Prosecutor’s office, associated with the investigation of restructuring rent payments for gas extraction companies linked to people’s Deputy Oleksandr Onishchenko.