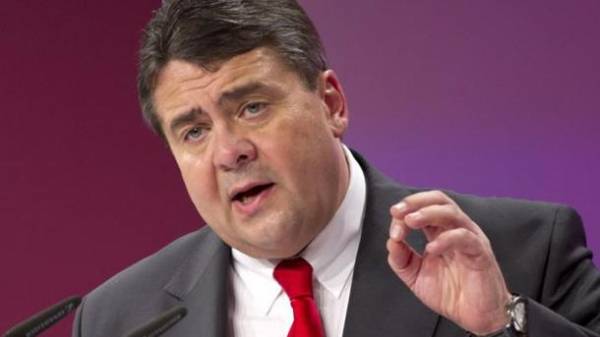 The normalization of relations with Russia can not be, not yet resolved the issue of the Minsk agreements, said the foreign Minister of Germany, Sigmar Gabriel.

“For the first time since 1975, invading and annexing the Crimea, and applying military force in Eastern Ukraine, Russia broke the agreement (the final act of the Helsinki accords – ed.). This is a serious violation of international law, so there are sanctions, so France and Germany from the face of Europe trying to mend relations between Russia and Ukraine with the Minsk agreements”, – said the head of the German foreign Ministry in a statement released on Thursday an interview with the Estonian TV.

“Unfortunately, this is all moving very slowly. But until this issue is resolved, the normalization of relations with Russia question”, – said Gabriel.

“We in Germany, on the one hand, I want to make it clear that military intervention of this kind is completely unacceptable, and integrity of Ukraine must be restored. But on the other hand, we want to find an opportunity for dialogue with the Russian Federation (. . .) we are constantly trying to find a common language with the Russian government and the Russian Federation. Both are very important,” – said the head of the German foreign Ministry.

In addition, he expressed concern about changes in US policy.

“I am pleased that it recognises the importance of NATO, it was not so clear. But I’m extremely concerned that they do not take Europe seriously. They are in dialogue with Germany, but we tell them that Europe is not only one Germany, he said,” said Gabriel.

“We are also concerned, with regard to international trade. Customs duties, isolationism did not bring the countries benefit, but only make them poorer,” he added.