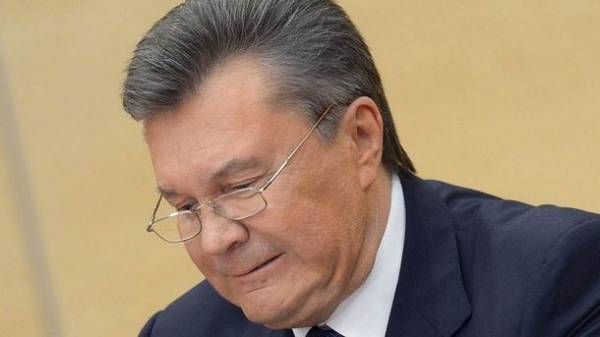 The fugitive Ukrainian President Viktor Yanukovych denied a report in German publication Der Spiegel about his divorce with wife Lyudmila.

The Agency says it has the letter “a press-services” Yanukovych editor-in-chief of Der Spiegel, which allegedly refers to the actual errors in the article by German journalist who met with Yanukovych in Moscow.

The letter allegedly said during the interview was discussed, only that “in front of a group of mercenaries has been tasked in the night from 21 to 22 the number to kill the President of Ukraine and its civil wife”, but no other information about the marital status of the fugitive Ukrainian ex-President was not made public.

In the so-called message of the press service of Yanukovych refuted allegations of marital status of Yanukovych and call them speculation.

Earlier, the President-the fugitive Victor Yanukovych in interview to German edition Der Spiegel told some details of his life in Russia.

According to communicate with him journalist Christian Neef, Viktor Yanukovych, openly spoke about his personal life.

Also the former President said that he had only met several times with Russian leader Vladimir Putin: “you see, my problem is not his level.” Support it financially, according to Yanukovych, the eldest son.

President-the fugitive also said that he divorced his wife Lyudmila after 45 years of married life. Now, according to him, Yanukovych lives in informal marriage with the sister of his former cook, who fled from Ukraine.