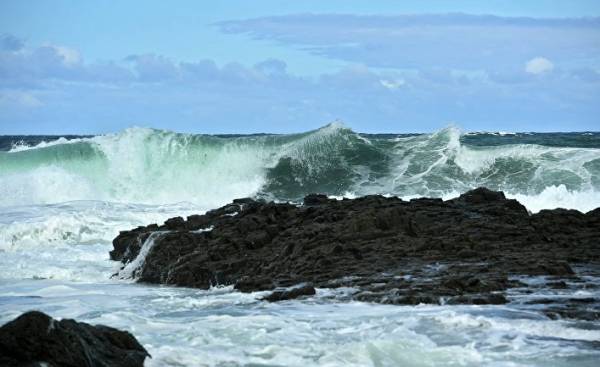 Lieutenant-General of the land forces of the armed forces of the United States Herbert McMaster (Herbert McMaster) was replaced as the national security adviser, former CIA officer Michael Flynn, who went to reconciliation with Russia. Lieutenant General McMaster is a person who shares traditional views against Russia, is inherent in the military and the Congress: Russian troops represent a threat to the United States and its allies and are one of the supposed opponents.

What McMaster has held the position of national security adviser, means that the policy of the President of trump against Russia disappeared the prospects for partnership relations with Moscow, at least in the military sphere.

The army will strengthen military power after the Navy

The Minister of defence of Russia Sergey Shoigu, as if reacting to these processes, said: “In 2017, will be deployed three divisions on the West and South-East directions. Also, we are making efforts for the defense of the Kuril Islands. This year the division will be placed also on the Kuril Islands”.

This means that Russia will strengthen the power of the land forces in the regions adjacent to NATO, where rising military tension in connection with the Ukrainian issue and on the border with Ukraine. Moreover, it will significantly increased the combat capability of land forces, based in the Kuril Islands.

Currently on Kunashir and Iturup deployed the 18th machine gun-artillery division. After the reform of the land forces, which led to the transition from divisions to brigades, divisions, like the 18th, left a bit. Such compounds include the old sample, is called a duplicate.

First, we can assume that the modern division will be posted on the Kuril Islands in addition to the 18th machine gun-artillery division.

Or the variant, in which a powerful division would replace the division of the old model. So would enhance the combat capability of Kunashir and Iturup, in the Kuril Islands will be deployed ground forces. Minister Shoigu details omitted.

Anyway there is no doubt that the power of the land forces in the Kuril Islands, including the “Northern territories”, will be strengthened. After the deployment on Kunashir and Iturup the latest anti-missile systems, which was announced just before meeting Prime Minister Abe and President Putin, Russia is strengthening the defenses of the Kuril Islands.

Strengthening the defense of the Kuril island may mean that Russia thus provides military pressure on the diplomatic stance of Japan and the Abe administration, which seeks at all costs to resolve the problem of “Northern territories”. However, from the point of view of military strategy it should be understood that this is a reaction to the actions of American troops.

Despite the fact that constantly demands Japan to return the “Northern territories”, it does not pose a military threat to Russia. Russian troops there is no reason to strengthen defenses due to the fact that they coexist with Japan.

However, currently, the us submarines of the Pacific fleet, based in Hawaii, patrol the North-Western Pacific from Kamchatka to the Kuril Islands, so in case of deterioration of Russian-American relations American submarines and warships of the Pacific fleet unable to enter the sea of Okhotsk, going beyond the line of Smoke. In order to prevent this, it is necessary that the line of the Kuril Islands were under military control.

Russia attaches special significance of the sea of Okhotsk from a military point of view, as it constitutes a vital region for Russia’s strategic nuclear weapons.

To maintain nuclear balance with the United States, the Russian submarines with nuclear warheads on Board constantly patrol the sea of Okhotsk, ready to respond to any emergency. Therefore, if you put the us Navy in the sea of Okhotsk, will collapse the entire Russian strategy of national defence.

Moreover, in order for Russia to seize the initiative in operation in the near future the Northern sea route, it is necessary to strengthen the military Foundation in the Maritime region near the Kuril Islands. It is important to deploy anti-ship missiles, not only on Kunashir and Iturup, but also on all the Kuril Islands. Also, there is a need to strengthen ground forces to protect these complexes.

And in this case will help the new Kuril division.

The requirement of the Japanese authorities to return the “Northern territories” is a play on words?

How much would the government of Japan did not require the Kremlin to return to the island, in such circumstances, this will not happen on the basis of Russian policy in the sphere of security, domestic policy and the international situation. For Tokyo it’s just diplomatic negotiations, not backed by military power.

If we analyze the historical experience, territory, selected with the help of military force, can be returned only in the same way or at the expense of military aid to its ally, the protector. In the modern world the situation has not changed. Military force does not necessarily mean war. It can also mean control over diplomatic negotiations due to the repression of opponents or the possession of military power, sufficient to repel the attack of the enemy.

Despite this, the Japanese government gives Japanese hope that “the Northern territory” will be back as Okinawa, if you continue to keep a tight diplomatic negotiations. Unfortunately, this is just juggling words.

Before the Russian-Japanese meeting at the highest level, the Russian Navy placed on Kunashir and Iturup anticorrelate the latest missile systems. Also in the Kuril Islands appears the land division.

Until Japan is extremely diplomatic negotiations, I give 99% that “the Northern territory” she’s not coming back. The government of Japan should bring it to his people. At the same time it must offer a concrete plan: what you need to do in order to return seized lands. Tokyo should show determination in resolving this issue, not only in words (of course, if this possibility exists).