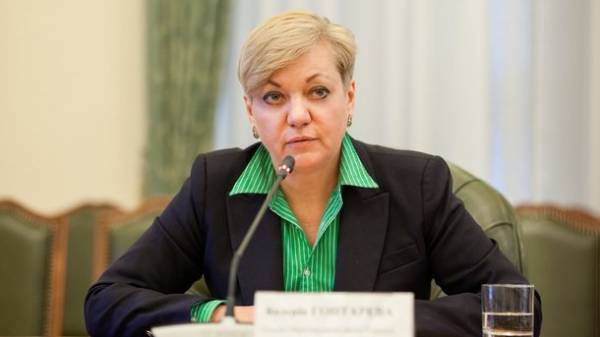 Memorandum on the results of the third review of the eff EFF with the International monetary Fund (IMF) could be the last, which will sign the current head of the National Bank of Ukraine (NBU) Valeria Gontareva. On this day, March 2, hontareva said at a press briefing on monetary policy of the NBU.

“I emphasize once again that the official national Bank for a month will give a message. The message did not, and the Board of the national Bank works on a very tight schedule,” – said Gontareva.

National Bank head also recalled newanim the incident, when the main entrance to the NBU was put the coffin with the head Gontareva.

“If the whole country thinks this is normal situation, so it is”, – said Gontareva.

We will remind, from the middle of last week, the topic being discussed about the alleged Gontareva adopted the decision to submit his resignation from the post of head of the NBU, which is ready to meet the President.

NBU has officially denied the information about possible resignation of Gontareva within the next month.

“As you know, the NBU traditionally the month reports about the upcoming changes in the composition of the Board. This message is not displayed, it means that the information is untrue”, – stated in the message of press-service of Central Bank of 27 February.