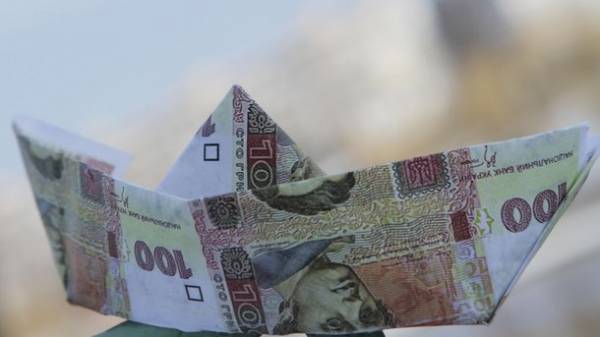 The Council meeting was attended by Board members, the Chairman of the Commission on securities and stock market, representatives of the Verkhovna Rada of Ukraine, Ministry of economy, heads of banking associations and representatives of public organizations.

“Despite financial and economic difficulties of our country, the national Bank of Ukraine was able to mobilize all resources to fulfill the main goal, some “Basic principles of monetary policy for 2016”, – said the Chairman of the Board Bohdan Danylyshyn.

At the same time, now in front of the National Bank are the following tasks:

“The increase in real GDP of 2.2% in 2016 suggests the possibility of a resumption of economic growth in subsequent years. I believe that the national Bank is able to gradually restore price stability and to ensure its core functions,” said he.

The Council of the NBU said that the rate of consumer inflation in 2016 was reduced to the target level and the level consistent with the target benchmarks.

However, the Council stated that in 2016, the continued banking crisis: during the year the number of operating banks decreased from 117 to 96.

“Nationalization in late 2016 PJSC CB” PrivatBank “although contributed to the rapid localization of the problem the country’s largest Bank, however, has not yet allowed them to finally decide and determine the whole complex of factors that led to the insolvency of the largest Bank system of the country”, – stated in the press release of the NBU. 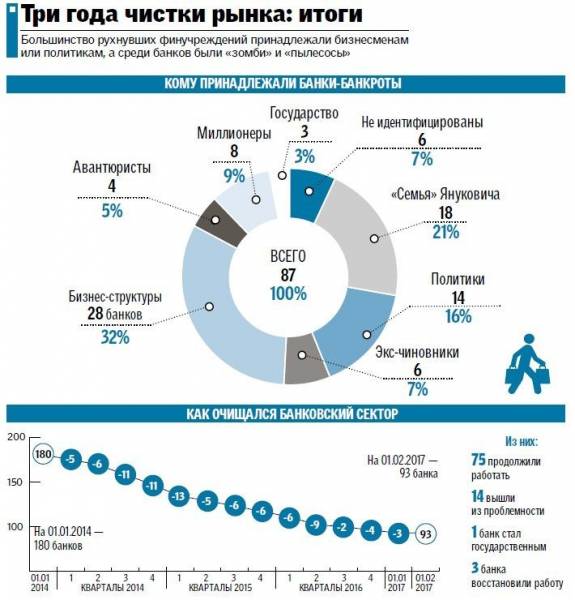 A sharp deterioration in the 2016 current account balance (-3.4 bln US $ compared to -0.2 billion dollar in 2015) was directly caused more than a threefold increase in the deficit of foreign trade in goods and services.

As noted in the NBU, all of these factors together with a low sovereign rating of the country and preservation of its heavy foreign debt causes high national dependence on new foreign borrowing, primarily in the financial program of the EFF from the International monetary Fund (IMF).

The increase in tariffs for energy consumption and housing services helped to stabilize the financial condition of the entities that provide such services. The Council of the NBU noted that also it is possible to reduce the pressure on state and local budgets, which in turn helped to alleviate their chronic dependence on domestic borrowing. Despite the fact that the NBU was able to achieve the targets of monetary policy in 2016, in Ukraine still risks slowing down the pace of reform, “the ambiguous prospects of the global macro-financial environment” – recall that both the IMF and the EU insist on a number of reforms in Ukraine, to continue programs of financial assistance.

In addition, the NBU Council noted that there are risks acceleration of consumer inflation in the current year, primarily due to the increase industrial inflation and a recovery in consumer demand.

According to a press release of the NBU, for 2016 in the foreign exchange market showed signs of a certain stabilisation, in particular, has slowed down the depreciation of the hryvnia exchange rate. However, due to “structural weaknesses of the national economy” and external instability, the risk of hryvnia devaluation of ostenta quite high.

In conditions when the foreign currency supply on the interbank market exceeds the demand, the NBU carried out operations on purchase of foreign currency to replenish international reserves. In addition, these operations actually stimulated the tendency to strengthen the hryvnia after episodes of weakening of national currency.

As noted in the NBU Council, the key issue for the intensification of Bank lending remain significant systemic risks to the economy of Ukraine

During a meeting of the NBU Council adopted the recommendations of the Board and of the Cabinet of Ministers of Ukraine has considered the results of internal audit in the structural units of the National Bank of Ukraine in 2016 and the issues of the current activities of the Council. 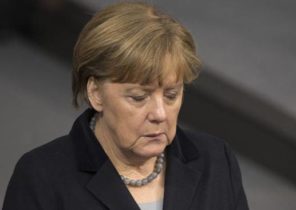 Whither the EU, Frau Merkel?