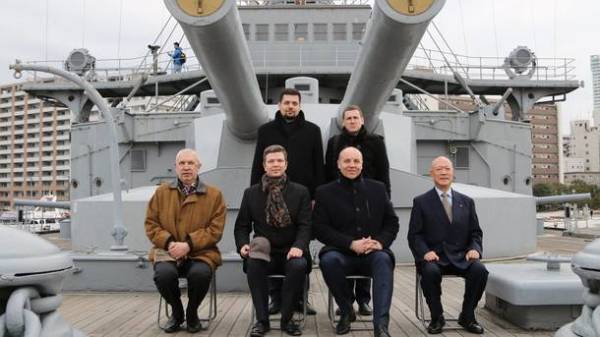 Speaker of the Verkhovna Rada of Ukraine Andriy Parubiy has arrived with official visit to Japan and visited a marine base in Yokoska. He said this on his page in Facebook.

In addition, Parubiy discussed the issues of military cooperation with the commander of the Maritime self-Defense forces of Japan Admiral Kazuki Yamashita the.

“The first day – at the invitation of the command of the Maritime self-Defense force of Japan visited the Maritime base in the city Yokoku and ship Terijoki”, – said the head of the Ukrainian Parliament.

“For our Japanese allies, an important experience which was got by the Ukrainian Armed forces in a hybrid war with the Russian imperialists,” – wrote paruby.

The head of the Parliament expressed the belief that soon it will intensify the cooperation and exchange of experience between Maritime self-Defense forces Japan and naval forces of Ukraine.