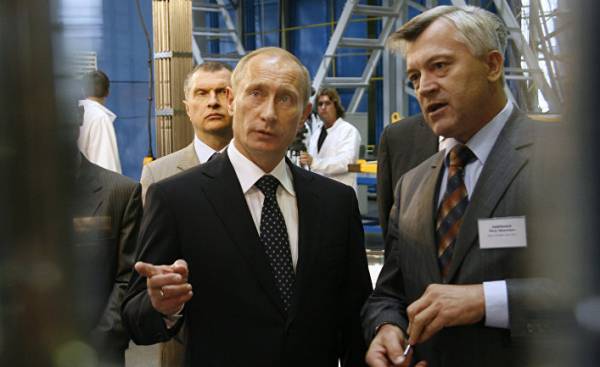 Since the adoption of the “Double decision of NATO” almost 38 years ago we have never heard so many nuclear rhetoric as now. Even in the midst of the cold war no one lightly was not talking about using nuclear weapons. The Russian government released this “Genie” from the bottle. Now this poses for the Kremlin a certain complexity.

When in 2015, Vladimir Putin appeared before us in a documentary by Russian state television as a brilliant conductor of the annexation of Crimea, this movie also told the whole world that the President allegedly thought about the embattled nuclear weapons in Russia. And before that one presenter boasted that Russia could “turn the U.S. into radioactive ash”. In Kaliningrad have been deployed Iskander missiles with nuclear warheads, how they can reach Berlin.

Economically Russia is too weak and politically very unattractive to achieve credibility at the international level. However, the Kremlin has achieved its goal by using very cheap tactics of guerrilla warfare, consisting of disinformation, hacking, operations of the secret services and the involvement of the elite special forces. The “nuclear club” in the stock ensures that the strong reaction to these actions will not follow.

And now Donald trump who initially the Kremlin studiously courted, announces large-scale nuclear rearmament. To preserve the balance of power, Moscow will have to follow his example. But Russia simply cannot afford to participate in a new arms race.

Due to an accident on the highway Kyiv-Chop, stuck in traffic, hundreds of cars