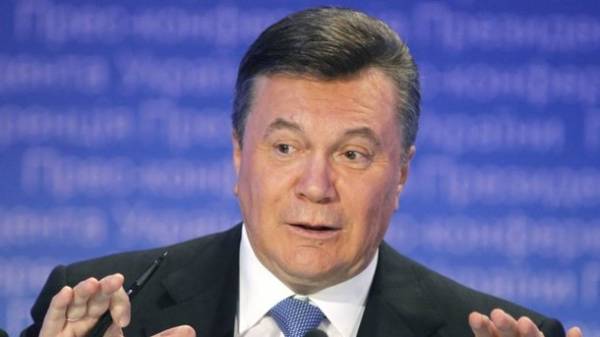 President-the fugitive Victor Yanukovych in interview to German edition Der Spiegel told some details of his life in Russia. About it writes “German wave”.

According to communicate with him journalist Christian Neef, Viktor Yanukovych, openly spoke about his personal life.

Also the former President said that he had only met several times with Russian leader Vladimir Putin: “you see, my problem is not his level.” Support it financially, according to Yanukovych, the eldest son.

President-the fugitive also said that he divorced his wife Lyudmila after 45 years of married life. Now, according to him, Yanukovych lives in informal marriage with the sister of his former cook, who fled from Ukraine.