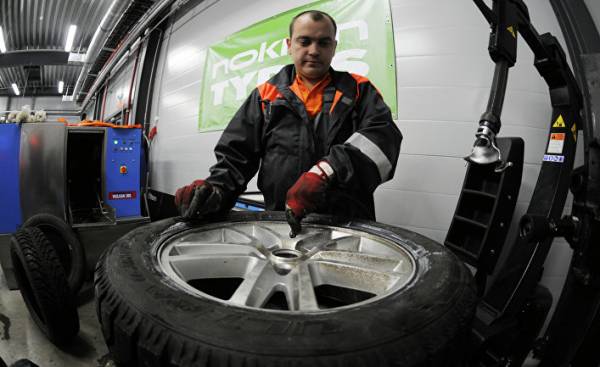 Economic growth in Russia keep geopolitical concerns, but, on the other hand, the strengthening of the ruble and the growth of purchasing power contribute to the economic recovery.

“The Outlook has improved considerably over the last 12 months. However, we must remember that although the economy of Russia and had quickly revived, now is not the time to expect a sharp rise, the same as was, for example, since 2009,” says chief analyst at independent research company Inderes Sauli Vilen (Sauli Vilén).

According to Vilhena, Russia’s economic growth at the moment is holding back, including, and geopolitical tension.

In any case, economic growth contributes to the development of the work in Russia of Finnish firms. First, a stronger ruble is reflected in the turnover, says Wilen. Second, with the revival of the economy is growing and the purchasing power of citizens of Russia and demand that strengthens all working in the country of the enterprise.

“Many companies have reported significantly improved prospects in Russia. This, for example, Nokian Tyres (manufacturing of tyres) and Aspo (multidisciplinary group),” says Wilen.

On a more positive future in Russia say the annual balance sheets of companies such as Fortum (energy company), Tikkurila (paints and varnishes manufacture) and YIT (construction company).

The growth of production capacity has a beneficial effect on Fortum

Analyst Gostowski Petri (Petri Gostowski) from an independent analytical service Inderes overseeing the operation of the energy company Fortum, says that the prospects for the Russian branch of the company much better than it was before.

According to Gostowski, it is a sum of different factors. Especially improve the prospects of investments and the strengthening of the ruble.

“Last year, Fortum has fulfilled its investment program. As a result, the company increased the production capacity, they pay more. The size of public guarantees increased, which contributes to the development of production in Russia,” says Gostomski.

In accordance with the balance sheet of the company for new production capacity, Fortum will receive payment on a guarantee for ten years after input of objects in operation.

“In addition, the strengthening of the ruble maintains indicators Fortum and thus the entire economy of Russia, which in turn should increase economic activity and consumption in the country,” says Gostomski.

Fortum strives to ensure that the profit figure before deduction of taxes and interest in Russia amounted to 18.2 billion rubles for the period of 2017-2018.

“Unless there is an unexpected slowdown, is a real possibility and there are prerequisites. If not this year, then next,” — said Gostowski.

“Of course, this assumes that the development of the industry will go in a positive direction and any major changes will not” — he adds.

In Russia, Fortum is engaged in the production and sales of electricity and heat. In addition, the segment includes the joint-stock company TGC-1, in which the company owns the share of 29%.

According to Raisanen, both companies specialized in Russia, the production of premium products, demand for which had suffered in connection with the weakening economy.

“Now with some economic recovery begins to increase demand for premium products”.

Raisanen notes, however, that at the moment there are only signs of a future revival, but the revival has not yet begun in full force. The Tikkurila company and Nokian Tyres are also very cautious in their assessments of the Russian market.

“In addition, the Russian ruble has increased significantly, which was beneficial to both companies. With the increase of the middle class and increasing purchasing power sale of premium goods companies Tikkurila and Nokian Tyres will also increase.

The same effect may be higher prices for oil.

“If we compare the level of the ruble over the past 25 years, with last year’s level, we will see that the Finnish companies benefit at 30% when converting the ruble to the Euro.”

Raisanen still believes that the end of the year is a gain associated with the conversion rate, will decrease.

“Overall, the Tikkurila company and Nokian Tyres this year may well increase your business in Russia by 10%, including benefits from currency conversion”.