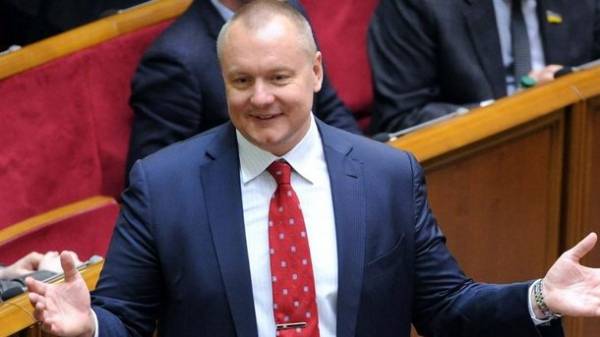 MP Andrew Artemenko he admitted that he had visited the capital of the Russian Federation. This was stated by Artemenko during the press conference.

“I confirm that I was in Moscow. All my trips have been agreed with the leadership of the SBU,” – said Artyomenko.

The Deputy refused to tell more details about these trips and their goals, citing nondisclosure agreements.

Earlier also it was reported that Artemenko does not deny talks with “colleagues from the U.S.” and I am sure that did not exceed any authority.

We will remind, earlier The New York Times reported that the people’s Deputy Andrey Artemenko has developed a plan for peace between Ukraine and Russia and the lifting of sanctions against Moscow. Supposedly the plan was transferred to the former Advisor to Donald trump to Mike Flynn shortly before the resignation of the latter. The plan, according to media reports, envisages the withdrawal of Russian troops from the Donbass and the national referendum on the surrender of the Crimea is leased by Russia for 50 or 100 years. In addition, Artemenko has allegedly provided evidence of corrupt activities of Petro Poroshenko, which included the names of the companies and Bank transfers.

At the same time today Artemenko disown the idea to hand over the Crimea to rent, and proposed to give power to the Donbass international administration under the tutorial referred to above, the UN and the OSCE.