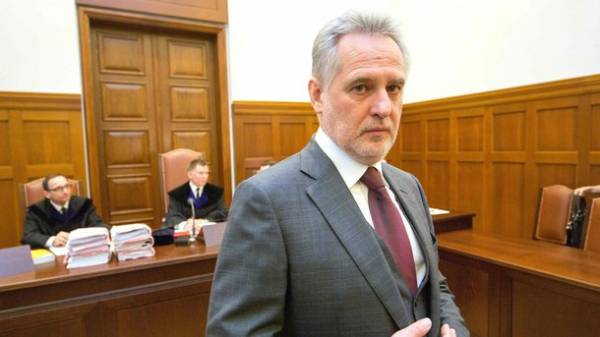 Although the military situation in the Donbass is slowly stabiliziruemost, the state of “neither peace no war” very few people are satisfied. So the past week was marked by a number of initiatives to move the situation.

PLAN ARTEMENKO. One of the biggest scandals of the week in Ukraine erupted after the publication of the “new York times”. The American newspaper reported that a little-known, even in Ukraine, the Radical party Deputy Andrey Artemenko gave the Bush administration a plan to resolve the situation in Crimea and the Donbas at the same time.

The essence of this plan is not new — formula “Crimea in exchange for Donbass” sounded before. The novelty of the “plan Artemenko” — the principles of exchange. The Deputy offered to take the Crimea is leased by Russia for 50 years, and after this period, to hold a referendum about the Peninsula who wants to live.

It is clear that actually is a formula to legitimize the Russian annexation. But in exchange, Artemenko has offered Russia to abandon support for separatists in Donbas: the transfer of control of Ukraine, no special status, and only 72 hours to return all those who do not want to live with the Ukrainian authorities. This is contrary to the position of the majority of Ukrainian politicians: “the Crimea and the Donbass is ours, and no compromise with the aggressor”. Although everyone recognizes that the conflict must be solved.

PASSPORT “DNR”. The situation around the Donbass is becoming more intense even without military action. Last week the RF President signed a decree on the recognition by the Russian authorities documents issued by the self-proclaimed “DNR” and “LNR”. The Kremlin explains this is a purely humanitarian reasons (to help the residents of Donbass), but almost the whole world said that the recognition of the documents — a fact recognized themselves “republics”.

And, apparently, this is only the first step because, according to press reports, the Russian Federation, in the Kremlin’s plans — the direct commercial relations with enterprises “DNR” and “LNR”, which can be nationalized.

And that’s not all: the Russian state Duma in the first reading adopted a law prohibiting the use of the international payment system of money transfers to Ukraine. And since the use of the Russian payment systems earlier banned the Ukrainian government, the workers do not have legal ways to send money Home. The expected result is the same — currency revenues of Ukraine will decrease, and this risk of devaluation of the hryvnia.

Ukraine in response to the attack with passports demanded to toughen sanctions against Russia. The experts are inclined to believe that in Russia itself have little faith in the cancellation or easing of sanctions, and also don’t want to follow the Crimean scenario in the Donbas with the issuance of Russian passports.

A LETTER TO YANUKOVYCH. Your “contribution” to the solution of problems of Donbass and decided to make the deposed President Viktor Yanukovych. The three-year anniversary of his flight, he decided to celebrate an open letter to the world leaders, in which put two messages. One — on holding a referendum on the status of Donbass in the event of failure by the Ukrainian authorities of the Minsk agreements, the other about the need for an international investigation of the events of winter 2013-2014.

With the second everything is clear: Viktor Yanukovych does not believe in the honesty of the Ukrainian law enforcement agencies, which, in his opinion, they all want to put the blame on him. With the first more difficult, because from the letter it is unclear why only Ukraine should fulfill the Minsk agreement and what the referendum is about: the all-Ukrainian Donbass or maybe Dutch. However, the ex-President may not know that referendums are different, and therefore decided not to specify.

THE PARLIAMENT AGAIN. But actually, Yanukovych wonder wrote his letter. Cost the former President to appear in information space as the Ukrainian Parliament thought about it and decided to take (yet only in the first reading) law, bringing to a logical end the procedure of conviction. This law, according to Prosecutor General Yury Lutsenko, is not enough to condemn Yanukovych.

However, in Parliament, many fear that the law will be effective not only against Yanukovych. In fact, a scheme: the state office of public Prosecutor publishes in national media the message on suspicion to any person (but not the fact that it would be widely distributed), then conducts the correspondence process — and all people convicted, although he may not even know about it. Given the controversial nature of the procedure, the Radical party, “Samopomich” and part of “Opposition bloc” voted against, and the “popular front” gave voice conventionally, to correct the text for the second reading. So it is not clear how the law will be in the end.

It is worth noting that the Parliament this week worked more productively than in previous months. People’s representatives even adopted a work plan for the next six months, and the bills began to be voices. Moreover, the Bloc of Petro Poroshenko, “popular front” and the Radical party signed a Declaration of unity is now, perhaps, the only way to stabilize a parliamentary majority. Because today in the Verkhovna Rada a coalition with the necessary 226 votes, in fact.

THE FIRTASH CASE. Another resonant event this week — the decision of the Supreme land court of Vienna, which lifted the ban to extradite Ukrainian businessman Dmitry Firtash in the USA.

Earlier, the court of first instance considered that the request of U.S. prosecutors is politically motivated, and refused her extradition. Now this refusal is repealed, and the question is passed in conducting the Minister of justice of Austria, who must agree to the extradition or to refuse it.

In this connection, the opinion of two Austrian ships were diametrically opposed, hard to say. The very accusation Firtash in the United States, is quite doubtful, since we are talking about the bribe allegedly on behalf of Ukrainian businessman gave in India 10 years ago. The deal materialised three years ago in the midst of the turbulent events in Ukraine. Therefore, there is reason to believe that here has not done without a policy. And because the political line of Washington after the arrival of Donald trump change, then it is likely that politically motivated decisions will change.

By the way, yesterday it became known that the Vienna regional court refused to satisfy the request of the Prosecutor’s office of Vienna about the arrest of businessman Dmytro Firtash for extradition warrant in Spain. This was announced by the representative of the defense Firtash. According to him, Firtash was released without any additional collateral, but took the passport. He could not leave Austria.