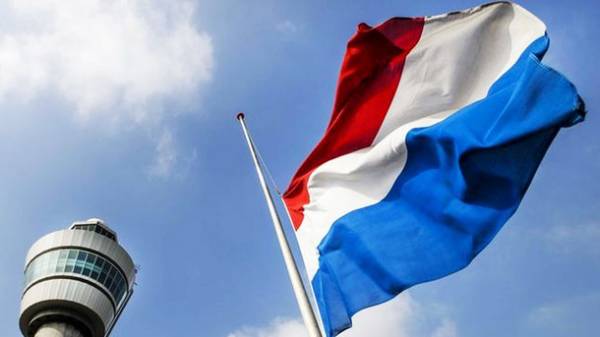 Today the Dutch Parliament will consider a bill on ratification of the Association Agreement (AA) between Ukraine and the EU. If the lower house will support it, the last word will rest with the Senate of the Netherlands. After a positive decision of the CA of Ukraine and the EU will be ratified by all member countries of the European Union. But, despite the fact that the Minister of foreign Affairs of the Netherlands Bert Koenders recently expressed hope for a positive vote of the Parliament of his country, he may have problems. As told “Today,” political analyst Volodymyr Fesenko, the negotiations were so complex that to be sure that this process will be completed, at the moment it is impossible.

The Netherlands is the only member country of the European Union, which have not yet ratified the Association Agreement between Ukraine and the EU. In 2016 residents in the referendum voted against it – over 60% of men voted no. However, this referendum was Advisory in nature.

The talks ended that the heads of member States of the EU summit on 15 December 2016 approved clarification of the SA with the requirements of the Netherlands. In particular, it was recorded that the Association Agreement provides Ukraine with the status of candidate for EU membership and no obligation to assign such status in the future. In addition, it does not contain any EU obligations to provide military assistance or support to Ukraine and does not provide the Ukrainian citizens with the right to live and work in the territory of the member States of the EU.

After these clarifications were approved, the Dutch government approved the draft law necessary for ratification by Parliament of the Association of Ukraine and the EU.

Votes should be enough

Discussion of the draft law on ratification of the Association Agreement between Ukraine and the EU in the Parliament of the Netherlands took place on 21 February 2017. According to recent reports, the draft law will be supported by a majority of the Dutch Parliament, which has 150 members.

So, “for” will vote the people’s party for freedom and democracy (Volkspartij voor Vrijheid en Democratie (VVD), which has 40 MPs, the Labour party (Partij van de Arbeid (PvdA), which has 35 members, Democrats 66 (Democraten 66 (D66) with 12 votes and Green left (GroenLinks (GL), which accounted for 4 voices. Thus, the “for” vote of 91 deputies.

“Against” to vote (Socialistische Partij (SP) – 15 votes the freedom Party (Partij voor de vrijheid (PVV) – on 12 votes and the Party for animals (Partij voor de dieren (PvdD) – 2 votes. Also opposed by a small group, giving a total of 53 votes against. Six members of Parliament have not given their position.

Further, the document still needs to be supported by the Senate, the so-called Upper chamber. According to forecasts, this can occur after the scheduled in the Netherlands in March of this year parliamentary elections.

What the experts think

As told “Today,” political analyst Volodymyr Fesenko, the process of preparing this bill to the vote was very difficult, so the risk that it will not be accepted there. Fight for every vote in support of it has been ongoing for several months, and the fact that they are now does not mean that they will be in the time of the vote, he said.

“As far as I know according to officials of the presidential Administration, here are extraordinary activity showed Poroshenko, – said Fesenko – the Vote for ratification was more collected Poroshenko than Rutte (Prime Minister of the Netherlands mark Rutte – Ed.). There are two opposing factions, who must also maintain, if everything will be fine. And Poroshenko, and Elisha (Ambassador of Ukraine to the EU Konstantin Eliseev – Ed.) and some other people, and the former head of the European Parliament Martin Schulz connected – connected all those possible, in order to convince leaders of the various Dutch political forces that they supported the ratification.”

In addition, this process could affect Russia, because they are actions are taken by now – is unknown, said Fesenko. At the same time, the political scientist Andrew Miseluk more optimistic about today’s vote of the Parliament of the Netherlands.

“The situation is such that the bill is gaining voice. If Russia as the main force, which is trying to disrupt the ratification by the Netherlands, would have some arguments, effective leverage below this block, she would have done it earlier,” says Miseluk.

Moreover, even if the bill will gain in the Dutch Parliament a sufficient number of votes, complexity may arise at the stage of its support by the Senate of the Netherlands, said Fesenko. In particular, the expert notes that the vote can be influenced by the fact that the Netherlands is the election campaign. So, he gives the example, political power can promise the support of the bill, but at the last moment, under the influence of some factors like the survey of public opinion, can refuse it.

A more complicated situation with the support of the bill on the ratification of the SA and the Netherlands says, Miseluk. According to the expert, the situation in this country, as in Europe, is changing so rapidly that today it is difficult to predict what could be in the Senate.

“What we can be sure that Russia, though lost the vote in the Lower house, concerning the impact on the Senate, it will use all the tools in the Arsenal that is available, in order to achieve success,” he said.