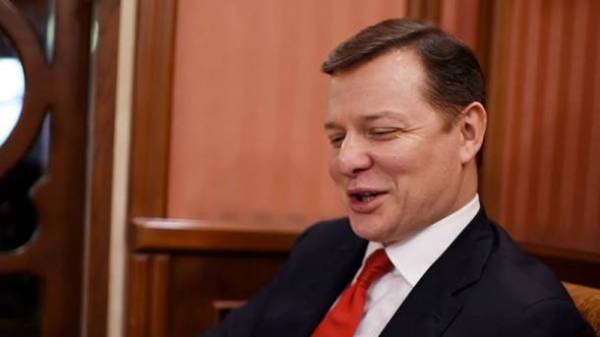 The leader of Radical party Oleg Lyashko did not want to discuss the theft of the people’s Deputy from BPP Alexey Goncharenko, preferring to say, in his opinion, more important issues. He said this on air of the TV channel NewsOne.

Home “radical” reminded that earlier the FSB, he was detained, and it would be better to not let go.

“Don’t piss me these Goncharenko. Once the FSB was detained, and after two hours released. Let him in there would be kept. Let’s talk about global issues and not on political pygmies,” – said Lyashko.

In turn, people’s Deputy Alexander Briginets said that last night, coach went to Odessa for an emergency meeting and since then did not contact.

In turn, the prosecutors opened criminal proceedings on the fact of theft Goncharenko in part 2 of article 146 (“Kidnapping or illegal deprivation of freedom”) the Criminal code of Ukraine.