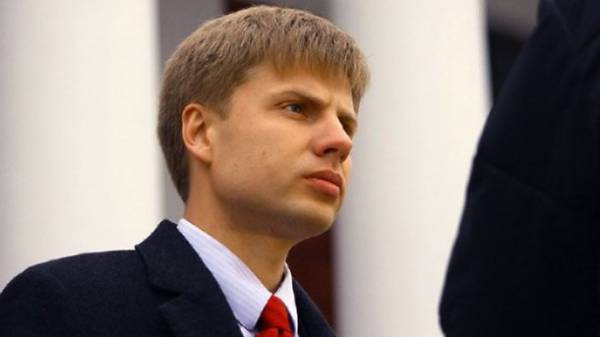 MP, Chairman of the BPP Igor gryniv Parliament asked the law enforcement agencies of Ukraine to establish a special headquarters in connection with the kidnapping of the people’s Deputy from BPP Alexey Goncharenko. He declared it during meeting of the Verkhovna Rada, transfers “112 Ukraine”.

“I just spoke with the Prosecutor of the region. I would like to appeal to the leadership of law enforcement agencies to urgently establish a special staff for such a situation,” said Gryn.

We will remind, the information about the kidnapping Goncharenko confirmed today by the press service of the Prosecutor of Odessa region.

As reported, today, February 23, in the Obolon police Department of Kiev received a report from a passerby that he witnessed the kidnapping.

According to the claimant, a man aged about 30 years, power put in the car “Opel” and drove away in an unknown direction. In the cabin he saw the two intruders. In the hands of the men who sat behind the wheel, an eyewitness spotted the guns.