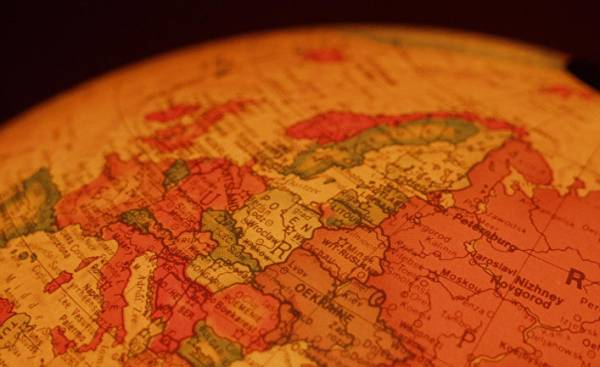 Unfortunately, you cannot choose the times in which you want to live. Have to put up with those that have, and take action on a case not long ago is unimaginable: when brakes failed, lost control, and the world order — no more than a good intention. In any case, experienced in crises American diplomats from time to time warn their scared of people talking about the Germans: in the last 50 years, the Atlantic world has never been so close to war — accidental or deliberate — with Russia.

Can Donald trump, with its rough, consisting of 140 character messages, to be a great Keeper of the world, whether it is capable ruler who sits in the Kremlin? Hope is weak. No more, no less. Diplomacy at the level of heads of state, if the driving force is only the good will quickly lead to disagreements and disappointments.

John Kennedy, hero of the free world, and Nikita Khrushchev, Secretary General of the “red Empire” stretching from the Elbe to Vladivostok: in the summer of 1962 in Vienna they found a common language, and soon afterwards the Soviets ordered by the Co and Ulbricht to build the Berlin wall. (Walter Ulbricht, the first Secretary of the SED from 1950 to 1971 — approx. TRANS.), Reagan and Gorbachev meeting in Reykjavik showed good will in matters of disarmament and arms control to such an extent that it made them advisers to grab the emergency brake. Politicians rarely are Chudotvortsa, and whoever puts his hopes on the good will must be ready for disappointment.

There is no need to mourn the cold war, but after the two opposing world powers were on the brink of disaster in 1961 in Berlin in 1962 over Cuba — she obeyed the dark logic of the end of the world. A situation which the French thinker Raymond Aron (Raymond Aron) described as: “Peace impossible, war improbable”.

Since the end of 1950-ies for the first time established nuclear parity, the global system — China was not yet a global player — in General, existed in accordance with the logic of equilibrium. This hypothesis was based as arms control — nuclear and conventional, and the relationship of nuclear powers. “Guidance for use” was: no surprises and no action alone.

Worse than the predictions of Cassander

On protyajenii some time there was talk even about a large Alliance, Russia’s accession to NATO on joint missile defense project. However, great results is not given. NATO enlargement at the expense of Poland and the Baltic countries occurred in the absence of political, strategic and moral damages, which, according to the Kremlin owed to Russia. Since then the time has come to distrust.

The stability of relations between world powers — the US, China, Russia — not subjected to trial or balance or hegemony. The events of recent years remind us that often it can be much worse than the predictions of modern Cassander. In our days, and it has lasted a few years — is more crucial than a revolutionary transformation of the world and her protection for as long as possible — from the turmoil with violence and survival in conditions of noisy tectonic shifts on the continent.

Germany’s role in all this cannot be to continually take second place, despite the fact that it plays a major role in Europe. On the contrary, in a world full of turning points, catastrophes, and unintended side effects, it needs to protect, unite and promote our own, European and Atlantic interests. Gone are the days when Germany could engage in foreign policy and security policy as a viewer without requiring anything in addition to moral heights. Forever.

In any case, nobody can complain that it’s boring times after a quarter of a century ago the cold war ended. The news of the end of the story in turbulent 1989 the world heard from representative RAND (American strategic research centre — approx. TRANS.), Francis Fukuyama (Francis Fukuyama), was a false message and a silly joke was found Out soon, when the collapse of the Soviet Empire and the reunification of Germany demanded a map of the Eastern part of Central Europe drew new.

Brave new world existed only in the imaginations

Moreover, when the idea of the end of the story captured the spirit of the time, she was paralyzed thoughts and redirected the money and all remaining power in the area of domestic policy and social security. Situation of real danger, so it was believed, was a theme for old generals whose problems are connected with the resignation. Military, intelligence agencies, and other memorabilia of past times found itself on the sidelines of politics, but barely got into the texts of government statements, White papers and draft budget.

Unfortunately, brave new world, what he wanted to see Germany, existed only in the imagination. From Nagorno Karabakh to Kosovo, from Eastern Ukraine to the crises in the Arab world — news came frightening, and since their flow does not stop. They are associated with migration flows — wave after wave, which in turn pose a threat to the internal structure of European countries and may lead to the collapse of the European Union, as shown by the British a vote on Breccia in the summer of 2016. Happiness in Europe not fastened by chains to heaven.

In terms of crises and wars, the trend is that they get out of control and spread. The strangest acquired for many prosperous years, only slowly gives way to the realization that the threatened situation of real danger and loss of control. Vladimir Putin dreams of a new version of the tsarist Empire: “the New order or no order” — so says the motto with which he angrily turns to the West, namely the United States.

China does not want to give US

People’s Republic of China wants to be the middle Kingdom, to collect tribute from the indigenous peoples, and as the dominant power in the Pacific, she does not want to give US. Turning away from the Chinese coast and uninhabitable reefs in unsinkable aircraft carriers portend differences which in former times would have resulted in war. The question whether this is so today, it becomes crucial the question of the Pacific, and the global economy.

At the end of the primarily United States: Washington and new York still maintained the Central elements of the liberal world order, due to the huge material expenses and human casualties. The fact that large-scale containment would contribute to the unity of the States and Donald trump is the hope — nothing more.

The United States engaged in protectionism and the new nationalism. “America first!” — so reads the imperative, which does not promise anything good to the Europeans. But it’s the wind puffed out the sail of Donald trump. Europe if the European Union will not come apart at the sample Breccia, need a thorough restructuring and visionary leadership. There is a new division of the world, and no reserved seats.

Life during changing times — as in our days were always exciting but never comfortable. That is what is what is now going through and being carried by Europeans. The ensuing events — global and not giving respite to worn-out minds is a universal tipping point, which is looking for purpose and direction. In American it would be called “the decisive moment”. In other words, what is now will be lost will be lost for a long time and probably forever. It is time storms. Howling cold wind. 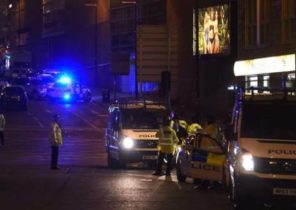 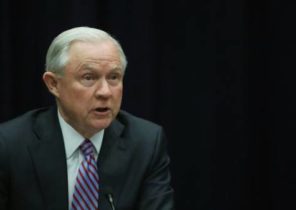