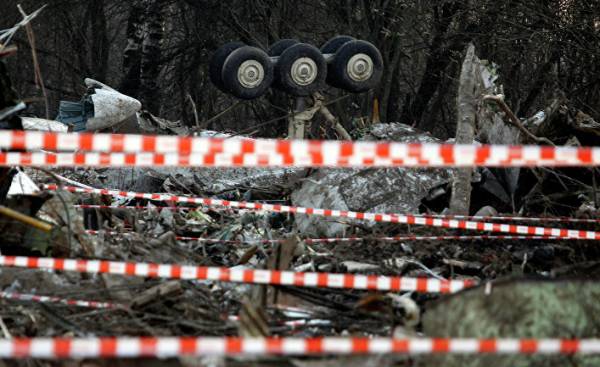 All, it seems clear that writing the Smolensk disaster in a series of aggressive actions of Russia and placing it between war in Georgia and the conflict in Ukraine, Makarevich Anthony (Antoni Macierewicz) were flirting in the first place with the Polish electorate. He showed that the defense Minister is not afraid in the company of the great of this world hinted that in the death of the Polish President to blame the Russians. Supporters of the theory of the “Smolensk attack” was supposed to come to rapture: finally, Poland broke the silence and loudly declared inconvenient facts are not afraid to touch the feelings of Vladimir Putin and Ko. It is difficult to find another gesture that could consolidate this part of the electorate. We are United, strong and resolute, we will not give in one iota. In Polish history it is possible to detect gestures, which theoretically belonged to the international situation, but in fact were designed to strengthen the spirit of the poles.

Game national muscles looks also publish Christine p. (Krystyny Pawłowicz) in Facebook, in which the Deputy for calling Kruleva Kaliningrad and the Kaliningrad region, Prussia, because in Poland “you should use the Polish historical names of cities and regions.” Let’s not even focus on the geographical (Kaliningrad oblast is the only part of former Prussia) and historical inaccuracies (the city which the crusaders founded captured from Prussia the territory, never de facto had not been in the Commonwealth for about 200 years it was from her vassalage). The most important thing to ask ourselves how we would react to similar to the German MP, who would be urged to remember about the German history of Szczecin or Wroclaw? That’s it. But the most important thing to show to the electorate that we are not afraid of Russia.

The consequences of such brave gestures in the international arena? The harsh words of Makarevich received virtually no resonance. Our NATO allies simply took note that the Polish Minister from time to time makes statements about Smolensk and engaged in their own Affairs. The West’s approach to Russia, focusing primarily on Moscow’s policy in Ukraine, and not on what she allegedly (according to the head of the Polish Ministry of defense) involved in the Smolensk catastrophe.

Such statements can have, however, very different implications. Two weeks ago, the material Agency Associated Press, on foreign policy team of Donald trump, commented that the American national security team had requested information, not did the invasion of Poland in Belarus (the Agency used the word “incursion”, which means the military nature of the attack). The American side assured us that nothing like that happened, immediately declared the adviser of the President Mersky Krzysztof (Krzysztof Szczerski), who called such reports as an example of posttrade. It probably was. It should, however, think: who recently made posttrade tool for conducting foreign policy? And those interested in the dissemination of such information?

Aggressive Poland, which is a distinct anti-Russian stance and throws in the international arena allegation she can’t substantiate objective evidence, is the perfect opponent for Russia. On the one hand, it can be used to consolidate people around the authorities (the Russians it is no coincidence that since 2004, celebrating the day of the expulsion of the poles from the Kremlin), and on the other, he no longer trust the Western allies, and, therefore, its influence on Western policy towards Russia is reduced. After all, even the most considered views of Warsaw on the theme of Moscow in the current situation can be put to rest, saying: “and are you implying that Russia killed your President.” The more such statements, as text Pavlovich, the more arguments you can add to that comment. The basic idea remains the same: you take a principled anti-Russian stance, so your judgment is biased.

In an era when the word via the Internet flies over the earth at the speed of light, you must speak with caution and to calculate (this is policy), than it is a game with matches: the fact that we warm up in the glow of the kindled fire, or the fact that we all hurt go up in flames.