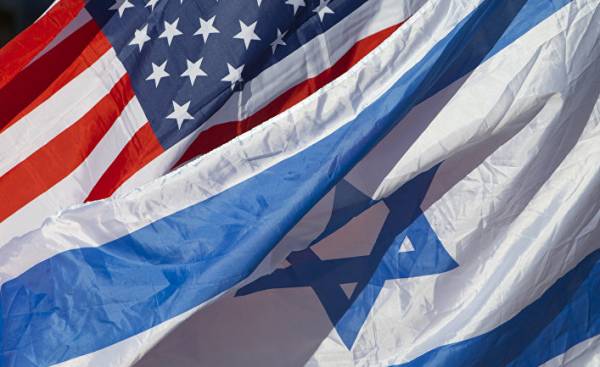 On solving the mystery of the relationship between Israel and the United States fought many experts in the field of international relations. Some believe that relations between the US and Israel is similar to the relationship of the mother with the child. Someone compares them with a solid Catholic marriage Union. Others Express ideas about common interests. According to the latter, Israel is a country surrounded backward authoritarian regimes, which carries with it the values of Western society and is the Western Outpost of liberalism in a sea of Arab and Islamic backwardness. However, the majority of Americans see Israel the conduit for his model nation, bearing a noble mission and ideology, which will make the most wonderful moral system. Many of them feel the presence of emotional and psychological ties with Israel and the Zionist movement, as if it were part of the American existence.

Turning to the history of relations between the United States and Israel, found that the relationship between American society and the Jewish minority are deeply rooted in history. Strong and durable connection starts not from the date of creation of the state of Israel, but much earlier, influenced the nature of the obligations of the United States to Israel. The Jewish minority participated in the formation of the American nation, dividing all the values of the American culture that praises and praised the United States on this day. Jewish leaders became full-fledged part of American political, social and economic elite. As a result of the interpenetration of religious and ethnic communities have received a high status and high value in the social hierarchy of American society. This is important, because religious and ethnic communities had priority in the formation of a system of values and ideas in the New World and, as a consequence, in the formation of the American political system. The Jews and the Jewish community continue to play an important social and political role, contributing to the implementation of Jewish interests and values.

Confirmation of this came from the lips of William Quant, who served as Advisor to the Council for national security of the United States during the reign of President Carter (so in the original text; this post during the presidency of Jimmy Carter occupied Zbigniew Brzezinski; perhaps we are talking about William Clark — he was national security adviser under Ronald Reagan — approx. ed.). He said that in American culture is observed predisposition to act in the interests of Israel. The Americans and Israelis are similar in the fact that both of these people tried to settle on their land. Many American writers noted the similarity in the issue of the appearance of both these States and their subsequent development.

Fawaz grace, teacher, living in the United States, says that the Israeli experience is often portrayed like an American. We are talking about the fact that both States were formed due to the influx of a large number of representatives of different Nations, and both countries founded by people who emigrated from Europe in search of personal freedom and economic prosperity. In America, Jews have played a major role in the creation of a new society and contributed to its construction. For example, Hebrew was one of the main languages of instruction in Harvard University from its Foundation in the seventeenth century. Over time the influence of the Jewish community increased, while the participation of Jews in the American political process has become one of the foundations upon which the American political system. Increased ability to influence the outcome of the process. The Jews also had a religious connection with the radical Christian Zionist communities, the believers in the old Testament.

It becomes clear where the United States feel a moral obligation to Israel in the form of protection of that state. The Jewish community managed to become one of the most successful and organized, which allowed its members to have the opportunity not just to coexist but also to integrate into society, “melting pot” that dissolved all the rest of the community. The Jewish community managed to maintain its monolithic form in American society. Jewish groups and organizations that support Israel, always emphasize the existence of a common cultural, ideological, and political roots of the American nation, but also the critical strategic and military ties.

Israel is noticeably present in American cultural heritage. The personality of the President, whether it’s trump, Obama, Bush or anyone else, does not affect the symbiotic relationship between the two countries. It is a mistake to think that Americans will forget this common cultural heritage with Israel and will go to the Palestinian people. Here will occur a different situation, and will play another practice of establishing relations with “others”: to recall the oppression of American Indians, against whom he practiced all types of oppression.