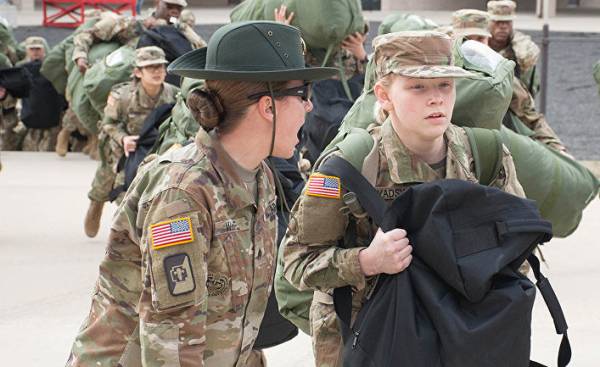 Gerasimov from the Russian General staff published an article with a weighty title “the Value of science in prediction. New challenges require to rethink the forms and methods of warfare”. In this article Gerasimov cites his analysis of the nature of future wars, noting that the fighting is becoming more dynamic, and that distinctions between the strategic, operational and tactical level, offensive and defensive actions. He also notes that in the United States comes to life and perfected the doctrine of globally integrated operations. He’s right.

Last year, the army chief of staff General mark Milly (Mark A. Milley) asked the participants for their initiative Unified Quest 2016 (Joint search) to identify issues and offer solutions that are critical to current and future military construction, to imagine and to describe the military situation in 2050, and to offer recommendations for those capabilities that are needed by our ground forces to wage and win future wars.

The program Unified Quest aims to study the future combat situation, and so it the participants identified the opportunities that will allow you to actively influence it, in order to provide more favorable results. It all starts with a deceptively simple postulate: it is impossible to prepare the army for yesterday’s wars. The army and Ministry of defense develop and create numerous forces and resources to “fight and win”, but it is mostly fragmented efforts that are not properly synchronized. To change the situation, participants in Unified Quest 2016 identified five key components which, in our opinion, are the most important to ensure success in future ground conflicts. This forces Advisory and assistance, adaptive test center, the power and utility of conventional forces and special forces.

Global sensor system will combine human effort and technology to gather information, determining the accuracy, scope and reliability of the data available to the intelligence community. Forces Advisory and assistance (Advise and Assist Force) will introduce the human component, purposefully influencing on the activity. The main task of these forces is to ensure the implementation of operational plans for theater of operations through the synergies, assisting the security forces, capacity building of partners and training of less developed countries to create a sustainable and reliable military authorities on a global scale.

Ideally, the units included in the composition of the forces Advisory and assistance, will prepare in-depth from the point of view of strategy of evaluation and monitoring to better understand the local culture, politics, military potential of the country, where the fighting is, and its capabilities. They should do it better and on a large scale in comparison with what technical systems and data from open sources. Their insights and observations will also be a key point in informing the adaptation and test center (Adaptation and Experimentation Center) of the Ministry of defence.

This center will be to analyze, train and prepare American troops for action in the world. It will unite the efforts of scientists, intelligence agencies, government and industry to catalog the results of observations and to better understand current and future operating environment. This center should be a fundamental element of recreating such an operational situation with a specific goal of quickly finding solutions to address deficiencies in military capabilities of American troops and their allies. It will be something akin to the annual exercise to assess the combat capability of Army Warfighting Assessment. These experiments will not be limited to verification of the concepts and doctrines, and their slogan should be “Identify weaknesses in advance, a small force and small means.”

The calculation is that by 2050, created with the help of this center of intelligence reports will be much more accurate and reliable to describe the operational situation than today. Accumulated in this knowledge center will give the public and political leaders the opportunity to conduct a reasonable and long-term (20 years or more) planning and implement foreign policy strategy with such a high result, what we have not seen since the Second world war. Moreover, this center being joint and interspecific ensure optimum understanding of the strategic and operational situation forces multi-purpose and regular troops before the start of hostilities.

The basis of strength, multi-purpose (Multipurpose Force) will be the same as the forces of the global response (Global Response Force), and they will be based on the principles developed for the brigade battle groups “striker”, but with some important differences. These forces will be land forces of a kind responders to world crises, which creates favorable conditions for subsequent military actions. Forward basing of forces Advisory and assistance will allow them to form a favorable operational situation long before the tasking of combat units. This will ensure the sustainable success of the multi-purpose forces, and conventional forces. We believe that the forces of multi-purpose by 2050 will have the opportunity as needed to reinforce and provide support to other combat elements of the army, especially in the conduct asymmetric and conventional war.

Power utility should also have the ability to provide cooperation in the field of security and conduct of multinational exercises, shaping and increasing the combat capabilities and potential future U.S. coalitions. Fighting should not be the only case where soldiers of the army, air force, Navy and marine corps interact with coalition partners. In October Millie said of this: “the Greatest success we achieve when fighting in the team multinational team.” Regional alliances and cooperation in the security sphere to help the ground forces to focus on coalitions. However, in 2050, almost all foreign operations will be required multinational cooperation.

In 2050 the land forces and the Ministry of defence will continue to need forces and means, included in the regular troops and special forces. Our non-nuclear forces and means will continue to be the most powerful and formidable in the world, and a significant emphasis will be placed on combined arms maneuver and fire long range. Troops specnaza will be as before to use special methods of warfare, and they will continue to need the skills of conducting decisive combat action to ensure success in the long battles. One of the key differences from the regular army of today and 2050 will be the level of fighting that they usually conduct at home and abroad. The concept of combined arms (joint) battles is the concept of joint combat operations, which require a closer integration of the armed forces and the armed forces at home and abroad.

Soldiers of the different branches of the armed forces and the armed forces regularly conduct joint training to build confidence and understanding of staff and additional opportunities for success on the battlefield. In qualification testing it is necessary to move from individual test for professional suitability for the restructuring purpose on a higher level, as soldiers during their service are increasingly conducting joint operations. The interaction between normal forces and special forces also remains a need in the future. In addition, the troops of the special forces should coordinate their actions and cooperate with the forces Advisory and assistance, as well as with adaptive testing center to increase the level of knowledge, reliability of intelligence, the quality of analysis and decision-making. Such collaboration and cooperation will also help to commanders and units from the regular army to strengthen relations with the countries in which they operate.

Why synchronization is important

Our opponents think that their advantage lies in the ability of us to effectively synchronize the elements of state power due to the lack of bureaucracy. They focus on thoughtful and comprehensive planning that can be a real threat to the security and national interests of the United States and its allies. But our troops have the ability to achieve success and excellence in this field and can improve the processes of strategic and operational planning for the introduction of the enemy and ensure victory over him.

General David Perkins (David G. Perkins), who heads the command of training and doctrine development, said that the military actions carried out at different levels and in different sectors, require “the availability of agile and adaptable to the environment of ground combat units who can apply their combat strength and resources not only on earth but in other areas, providing the freedom of action of the combined groups, as well as seizing an advantageous position and taking control of key areas for development success.” The main task in creating the freedom of action of combined groups conducting military operations in several areas, is to accommodate the key combat elements, and multinational forces to conduct future operations, not forgetting about the evolution of the operational environment and the changing nature of future war. A comprehensive, cohesive and active approach to the five fundamentals — the forces Advisory and assistance, for adaptation and testing center, multi-purpose forces, as well as to the regular troops and special purpose troops — will allow the combined forces and means, as well as ground troops to provide profitable impact on the operational environment, which will determine the nature of future wars.

Chief warrant officer 2nd class Tony Hoffman — a specialist in intelligence analysis, serving in the asymmetric warfare Group at Fort Meade, Maryland. He performs observation and prepares analytical material on the perspective of the operational environment for activities in the framework of Unified Quest. Hoffman is a student at American military University.

Colonel Kathy Davison, recently appointed head of the joint intelligence Center, Central command, located in Tampa, Florida. Previously, she was commanded by the National intelligence centre of the army in Charlottesville, Virginia. Davison served in intelligence positions at battalion, brigade and divisional level and consolidated at the level of the operational forces. She graduated from the state University of new York at Albany with a bachelor’s degree, Telensky University in Texas with a master’s degree and professional development courses at command and General staff College of the army. 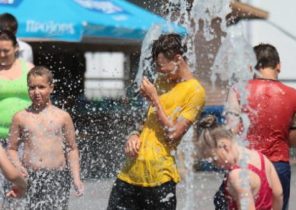