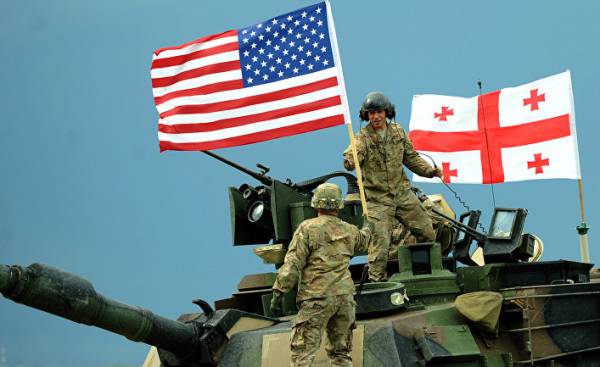 Diena: What is the main purpose of your visit to Latvia?

Victor Dolidze: I believe that 2017 will be very important not only for the security of Georgia, but also throughout Europe. There have been changes in the international situation, at this time there is an active exchange of views between Western countries and Georgia, of course, involved in these processes. The agenda of Georgia in the coming months, a large role is assigned to NATO. In January I presented in Brussels the assessment of the annual national plan of cooperation with NATO, in March, will arrive in Tbilisi the NATO Military Committee, the highest military leadership of the Alliance, scheduled for April forum of public diplomacy NATO, and then will host the NATO parliamentary Assembly.

In parallel to these processes we are preparing for the summit of “Eastern partnership” of the European Union, which is foreseen in November in Brussels, and the agenda is also very important for us. In General, this large-scale work, in which intensive cooperation with our partners, in particular with the Baltic States, which have always been and continue to be our most important supporters on the way to Western structures for collective security and others. Now we are working to merge, to consolidate this international support, and, above all, this applies to our, I would say, absolutely supporters of Estonia, Latvia and Lithuania.

We, on the other hand, we inform our closest allies on our priorities in relation to the EU and NATO and other issues. For example, in relation to the “Eastern partnership”, in which Georgia regularly exchanges information also with Ukraine and Moldova. Our view: we need more cooperation, more opportunities for integration, and in this sense we receive unequivocal support from the Baltic States. Naturally, some aspects of cooperation and plans need to be regularly agree on and clarify, but, with regard to cooperation with the Baltic countries, the overall picture is very optimistic.

— It is impossible not to ask a question about Abkhazia and South Ossetia. As the conflicts in these countries affect the cooperation and the plans of Georgia towards EU and NATO integration with the West?

— This is a very sad story. And this question is not only about Abkhazia and South Ossetia is the question of Georgian-Russian relations, the development of these relations. Now Georgia is trying to find ways to equal coexistence and normalization of relations with Russia, even despite the fact that the last occupied more than 20% of the territory of my country. We started with bilateral talks — the so-called format Abashidze-Karasev — about trade, economic, monetary and cultural issues. In Geneva also continued negotiations on security issues.

Of course, there are issues on which no compromise is impossible in principle, but at the same time we do all that is possible in this situation to find at least some common denominators to the future was better and safer than the past, and that between Georgia and Russia there was acceptable inter-state relations. Unfortunately, on this path we are constantly faced with new challenges, such as the latest plan of the so-called President Tibilov (President of the not internationally recognized Republic of South Ossetia Leonid Tibilov — approx. ed.) for renaming of South Ossetia into Alania. In a broad sense, this is just a continuation of the separation of South Ossetia from Georgia, which in no way contributes to the return to territorial integrity, which for us is an extremely important issue, and in no way does not bring a solution to the problems of a divided state, divided families, and many others. But even on this background, we are open for negotiations to normalize relations in all spheres where this is possible, although tangible progress in this sense is not.

At the same time — and I would like to emphasize that we continue to reform their state. We continue the implementation of the Association agreement with the EU, which became the main partner of Georgia in foreign trade, where the share of United Europe exceeds 30%. Trade volumes with the EU after signing the Association agreement has increased by more than 50%. This means that there are processes of economic integration with the EU, continues political integration, and integration with NATO. We’re not talking about any specific dates, don’t throw rhetoric, we’re working. 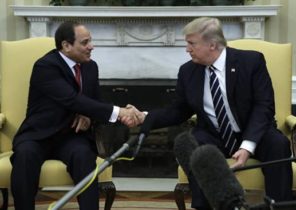 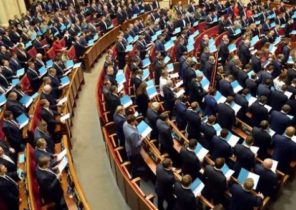