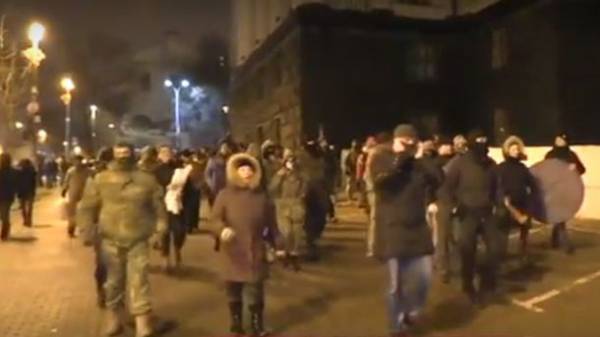 Part of the protesters under the Administration of President moved down the street towards the Maidan of Independence.

The protesters reached the European area, broke through the fences of law enforcement officers on the road to Independence.

Police are trying to contain the protesters near the “Dnipro” hotel on European square.

We will remind, earlier in Kiev on Institutskaya street clashes between protesters and police.

At the intersection of Institutska and Bankova supporters of the OUN and the participants of the blockade of the railway communication with the occupied territories attempted to install the tent camp.