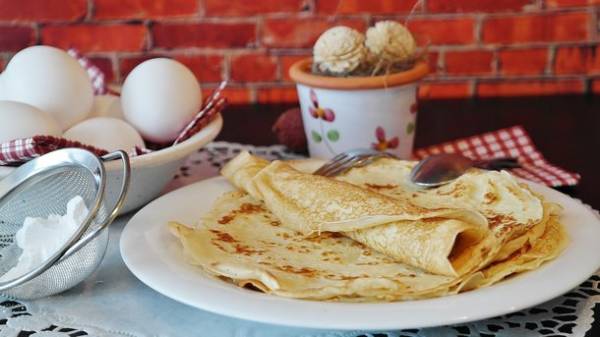 Maslenitsa is a traditional Slavic holiday celebrated during the week before lent. In 2017, the pancake week begins today, February 20, and runs until Sunday, February 26.

Immediately thereafter on Monday, February 27, the start of lent.

The whole week is divided into two periods: Narrow Carnival – Monday, Tuesday and Wednesday and the General Carnival – Thursday, Friday, Saturday and Sunday.

In the first three days it was possible to engage in economic work, and from Thursday all the work was stopped. Each day of Maslenitsa had its own name and purpose.

This was the day of the start of a Narrow carnival. Traditionally in the morning the father-in-law sent the daughter-in-law to father and mother, and in the evening they came to the in-laws for a visit and discussed the time and place of festivals, we determined the composition of the guests.

This day started pancakes, and finished the construction of the snowy mountains, swings, booths.

It is noted that the first pancake baked on Monday were given to the poor in remembrance of the dead.

In addition, on Monday of straw, old clothes and other scrap materials constructed the effigy of carnival, which was placed on a stake and drove in sledges through the streets.

This was the day of the bride-show. All Shrovetide rites, in fact, reduced to matchmaking, so that after lent to get married. In the morning the young people were invited to ride the mountains, to eat pancakes. They called friends and family.

Traditionally on this day the son-in-law came to the mother on the pancakes that she baked. On this day, mother-in-law showed affection for the husband of his daughter.

From that day on Broad Pancake week began, when all household work was stopped, and the celebration unfolded to its full width.

The people indulged in all sorts of fun, arranged horseback riding, fights, various competitions, which resulted in the noisy revels.

The main action on Thursday was the storm and the further capture of the snow town. Thursday broader sense, as the entire carnival — splash accumulated over the winter negative energy and resolution of various conflicts between people.

On this day, the Church serves the celebration of the Sobor of all the Reverend fathers.

This day was the culmination of the whole pancake week. Sunday was the eve before the beginning of lent. All close people asked each other’s forgiveness for all incurred during the year of trouble and resentment.

On the evening of forgiveness Sunday commemorated the dead, went to the cemetery to say goodbye to their relatives.

Scraps of food burned, the dishes were carefully washed. At the end of the feast was solemnly burnt the effigy of Maslenitsa, and the ashes scattered on the fields.