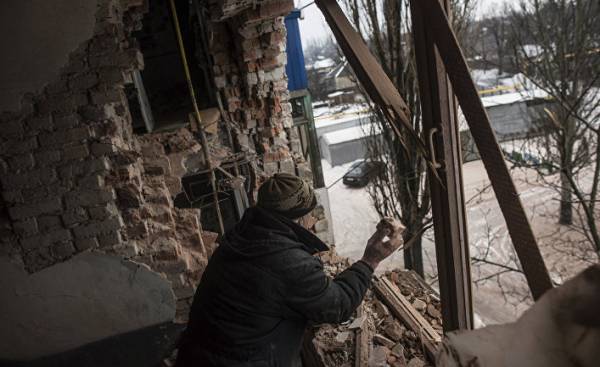 Stood the coldest winter day. We have come to the point of heating, where the inhabitants of the Town came out to warm up and charge their mobile phones. We went inside. One elderly woman told us about her granddaughter and how because of continuous military actions affect her studies. Due to the severe frosts and lack of heating lessons had to be cancelled. And the road to the school may be too dangerous when around firing from artillery and mortars. Somewhere near had not ceased firing. The air was heavy smell of cordite. That evening we arrived in the Donbass, where he planned to stay for a week. We still had to see and hear, but of all the people I remember is this woman. Determined and persistent, she understood the main thing: if children do not receive basic necessities, everything else is irrelevant.

However, not all, of course, share her point of view. Along the line of contact, particularly in the area of Avdeevka and Yasinovataya, in the form of people not averse to compete and win a piece of territory, even with an area of several hundred square meters. For several days they were engaged in shooting each other with artillery and mortars, and the civilians were thus “between two fires”. The fire did not spare even ambulances. In the town killed the ambulance driver. Near Donetsk several medical workers were injured. From 29 January to 9 February, the SMM, the OSCE, confirmed 50 cases, when the shelling hit civilians in Donetsk region on both sides of the contact line. Of these 50 cases, 9 were fatal. Whatever people may share, then everyone suffers equally.

The outbreak of violence plunged many into shock in its scale. However, it can hardly be called unexpected. Before we have repeatedly witnessed the escalation of the conflict: Donetsk airport Shirokino, Pavlopol, Debaltsevo, Popasnaya-Pervomaisk, Svetlodarsk. Moreover, we saw that escalation is inevitable, and I warned about this in their daily reports. The symptoms are always the same. And the events in Avdiivka and Yasinovataya were no exception. In each case, two factors play a crucial role: the proximity of the parties ‘ positions and heavy weapons.

Even the parties acknowledge that the dynamics of the confrontation is determined by these factors. That is why the parties reached an agreement that the mortars, tanks and artillery, including multiple rocket launcher systems fire, should be allocated for the relevant lines, and it is enshrined in the Minsk agreement. And that’s why in September last year, they put their signatures under the Framework decision on the breeding effort and money. Where resources were allocated — in the Petrovsky and Gold, last week remained relatively calm.

However, that cold night in Avdiivka is “understanding” somewhere vanished… replaced by a sort of “collective insanity”. Again started to kill people. Under threat of a major disaster.

In the midst of the tragic events was filtering station located near Yasinovataya. Stopping would be a real economic shock. Giant coke plant in Avdeevka would have been cut off from power supply. The population would have suffered a humanitarian disaster of an unprecedented scale: 22 thousands of residents of the Town could be left without heat and 400 thousand people on both sides of the contact line can remain after stopping the filtration plant without water. In addition, damage to the tanks with chlorine could result in environmental disaster and lead to the release of poisonous gas into the atmosphere.

Perhaps it is awareness of these risks and all possible consequences have forced the parties to think about. Even by the standards continuing to this day, the conflict in the Donbass, as shocking as it sounds, this time you went too far.

Thanks to the assistance of the CMM and the coordinating role of the Joint center for control and coordination of the parties ceased hostilities in the district filtration plant, at least for the period of time required in order to give the opportunity for maintenance crews to conduct restoration work. Showing extraordinary courage, workers, repair crews and employees of the filter plant was able to avert disaster. For six days in the presence of the SMM monitors — they did not leave attempts to achieve the target and were able in the end to complete the necessary repair work.

The efforts of the Mission and SCCC has helped not only to carry out repairs, but also led to sustained and comprehensive de-escalation. Armed confrontation is not over, but still was quiet, and everything came back on like normal, to a certain familiar “abnormally normal”.

We are not naive. We understand that our efforts were aimed, first and foremost, on the “treatment of symptoms”. If not addressed the root causes, the situation will inevitably recur.

But the root cause is the proximity of parties to each other and the placement of heavy weapons — remain, as you can see, unresolved. Every day, our observers record prohibited weapons. Only on Friday, for example, both sides of the line of contact, they saw 12 howitzers, two anti tank missile launchers and four tanks. Every day, observers can see the position of the parties, located in dangerous proximity to each other. Sometimes the distance between opposing sides is so small that they are within sight of each other.

And if that happened in Avdeevka and Yasinovataya, it is possible to draw some conclusions for the future, it is obvious that in this situation need not “patching holes”, but something more. It is necessary that the parties have provided us with baseline information about the location of their positions and weapons, because only then the SMM will be able to verify weapons withdrawal. Without the initial information to confirm the fact of the removal of a weapons impossible. No less important is to verify is whether the weapons there, where it was given. Without this, none of the parties will not have confidence in the fact that the other party really took their weapons. Verification contributes to mutual trust, without which it is impossible to achieve anything.

Try to do without it, not requiring the parties to implement fully all the commitments they have obligations — means to doom itself to further escalation, continued violence and loss of human lives.

In this case, people living along the line of contact, the old woman I met in the town, there will be no confidence in the future. They will wait only fear, danger and all the worst that can befall a person. Side know what to do. Know that I have to stop shooting. I know that must take strength. Know that I have to withdraw heavy weapons. If only they looked at the world through the eyes of the old woman of the Town! If they are, as she clearly understood what is most important is education of the younger generation and its future! Maybe then they would have done all that is needed. We can only hope that those who decide to shoot or not to shoot, to kill or not to kill, too, have grandchildren…

A British scientist claims that the coronavirus came from China: he’s always been here (ABC, Spain) 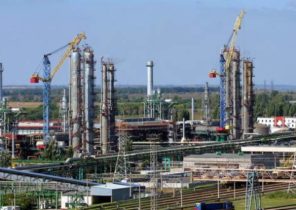 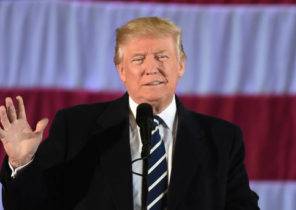