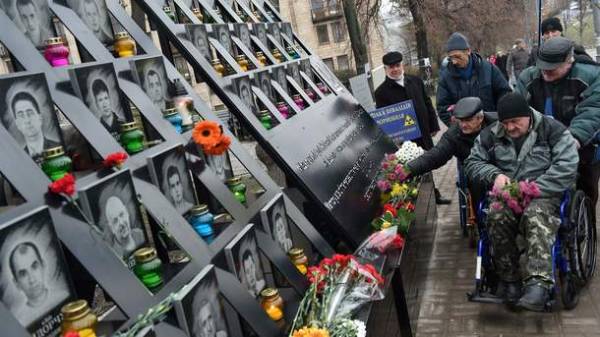 18-21 Feb 2014 in the history of the revolution of Dignity became the most bloody. It is in these days on the main square of the country killed a large part of the Heavenly hundred, many injured. In the morning of 18 February, the protesters marched to the Parliament building, but this movement has led to a serious clash with the security forces. The standoff lasted all day. 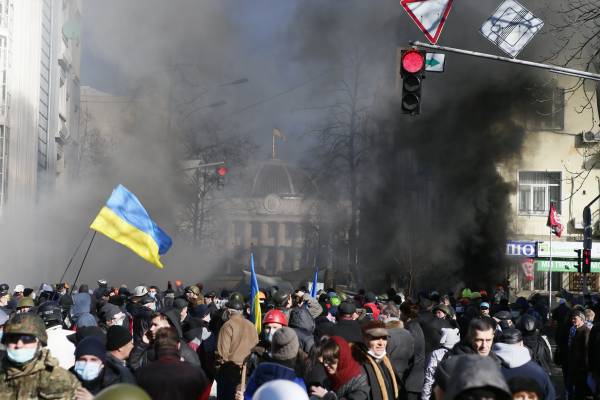 Until the morning of 19 February militiamen stormed in the street, but by afternoon, the protesters managed to defend the territory of Independence square. The negotiations with the opposition, Viktor Yanukovych, to no avail, as security forces prepared to sweep. According to some, at that time the square was about 30 thousand people. In the morning of February 20, the revolution has attempted to push back the security forces, partly they succeeded. However, at this time supported the opposition snipers from the roofs of the hotels “Kozatskiy” and “Ukraine” fired on protesters. 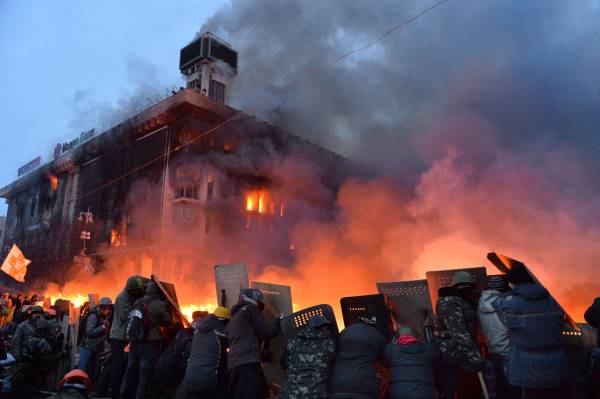 In these days, was burned House of trade Unions. Photo: Sergei Supinsky

This evening the Verkhovna Rada adopted the resolution “On condemnation of violence that led to the deaths of peaceful citizens of Ukraine”. This document, the actions of militiamen were illegal, and further their use of force is prohibited. 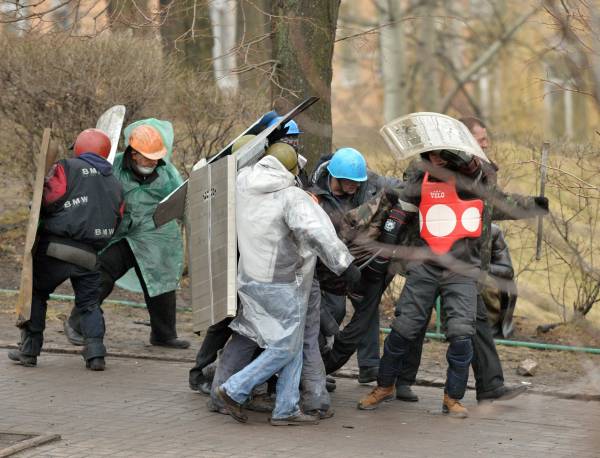 Before the start of a bloody confrontation during the revolution, nine people were killed. From 18 th to 21 February 2014 under different circumstances, were killed 80 people, 18 more died later of his wounds. In addition, the collisions and the territory of the conflict zone, according to some, killed 17 security officers. However, the number of victims in different sources diverge depending on place, time and cause of death. So, the official data of the Ministry of health – 105 (of which 94 people died during the clashes at Instytutska street) dead for all time of the revolution. At the same time Amnesty International in their report refers to data of the Ministry of health, according to which the result of the confrontation 106 people were killed, at least 13 of them police officers. The number of injured opposition members in the thousands.

The investigation lasted for three years

In November 2015, the General Prosecutor’s office released information about the investigation and about the fact that on suspicion in Commission of crimes in these three days, it was announced former Supreme leadership of the country, heads of law enforcement agencies, etc. (the full report). 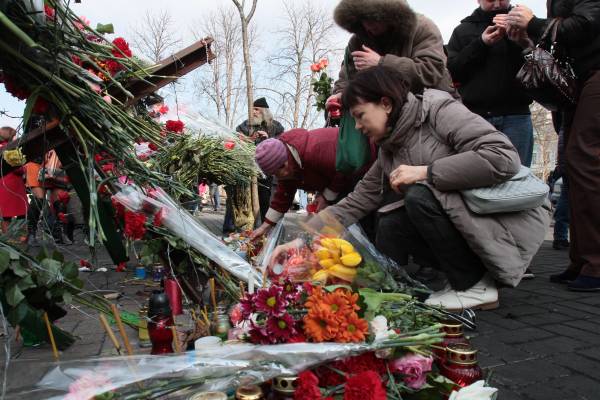 After the Maidan events of February 2014. Photo: Gregory Szalay

Today, when after Euromaidan three years, responsible for killing over a hundred people is not named, but the investigation is still ongoing. Not long ago, the chief military Prosecutor Anatoly Matios said that the head of the Department of special investigation GPU Sergey Gorbatyuk will need 30 years to finish all these things. Gorbatyuk denied this information, saying that on many episodes, a large number of indictments are sent to court and is already considered.

The main achievement of the management, which deals with the investigation of the tragic events on the Maidan, was the case of five ex-employees “Berkut” Sergey Zinchenko and Pavel Abroskin, Alexander marinchenko, Sergei and Oleg Temtory Janiszewski. He is charged with shooting the 48 people on the Maidan on 20 February 2014. One more figurant – the former commander of specrate “Berkut” Dmitry Gardener, disappeared from the investigation in Russia, where he obtained citizenship.

The representatives of the victims presented in court new video, which depicted the shooting at Instytutska street on 20 February 2014.

Recently Svyatoshinsky district court of Kiev which considers the case of ex-Berkut officers, dosposal as a witness by videoconference, Viktor Yanukovych. During the interrogation the public Prosecutor Lutsenko announced the ex-President a new message on suspicion of treason. The GPU is planned that the court case will be submitted later this month. 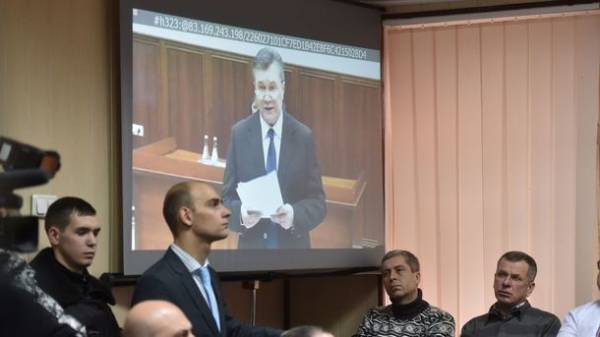 In addition, in January 2017, the Pechersky district court of Kiev granted permission for extramural pre-trial investigation in criminal proceedings on suspicion of Yanukovych of committing crimes under part 1 of article 111 (high treason), paragraph 5 of article 27, part 3 of article 110 (intentional Complicity in acts committed with the aim of changing the boundaries of the territory and the state border of Ukraine, violation of the order established by the Constitution of Ukraine) and part 5 article 27, part 2 of article 437 (Aiding in waging aggressive war) of the criminal code of Ukraine. Prosecutors got a warrant for the arrest of fugitive ex – President.

Recently, the Prosecutor General Yuri Lutsenko said that Yanukovych and his fellow defendants in the investigations it was not possible to appeal the decision on independence in the European court of human rights (ECHR), the Parliament should make amendments to the law on absentee conviction. The project is already in Parliament.

“This law opens the door to the transfer this month of the case of Yanukovych on charges of treason. This law opens the door to clarify the suspicion and the transfer of the charges against Yanukovych, Zakharchenko and Yakymenko on the events on the Maidan in the first place for the illegal announcement of anti-terrorist operation that led to the use of special forces and the deaths of more than a hundred people. We need this law,” – said Lutsenko.

Today for the crimes during the Maidan convictions against 35 persons. Real term of imprisonment – 4 years – received only one “aunt”, said the head of the Department of special investigations of the Prosecutor General of Ukraine Serhiy Gorbatyuk.

“Of the 35 sentences real penalty applied to only one face – one of the “aunts,” – said the other day Gorbatyuk.

According to him, in General, investigations are conducted regarding 351 people, of which 48 high – ranking officials, and the court directed more than 220 indictments.

At the end of last year, Mr. Yan said that in the framework of investigations of crimes on the Maidan on the wanted list of 70 suspects: from fugitive ex-President Viktor Yanukovych, ending with “Berkut” and “titushki”.