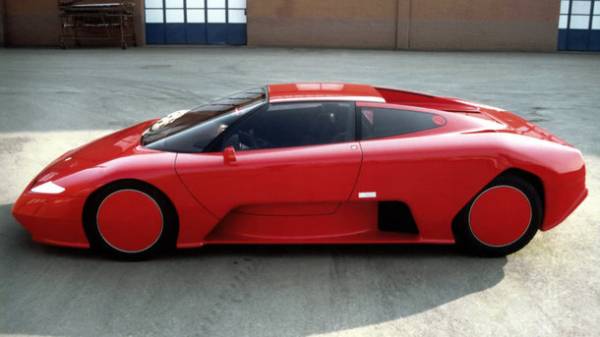 Maserati was founded in 1914 by brothers Alfieri, Bindo, Carlo, Ettore and Ernesto Maserati. In 1937, the brand was sold to a new owner, Adolfo Orsi, and from that moment counts the fabled Maserati, whose cars won the race and conquered the different ways of the world. “Popular Mechanics” have prepared the TOP 10 of the most bizarre and notable Maserati in the company’s history.

Maserati Tipo 63 Birdcage (1961). In 1959 began small-scale production of a prototype racing the Maserati Tipo 61. On the basis of the engineer Giulio Alfieri built the 5 unusual variations racing series Birdcage (“birdcage”), exploring different versions of layout and engine type. Tipo 63 was the first race car Maserati — and generally very early in the history of sports cars with mid-engine layout. Daneg of the programme has been allocated very little, and models of the Tipo 63, the Tipo and Tipo 64 65 regularly “obmenyalis” parts: all three at the same time to operate could not. 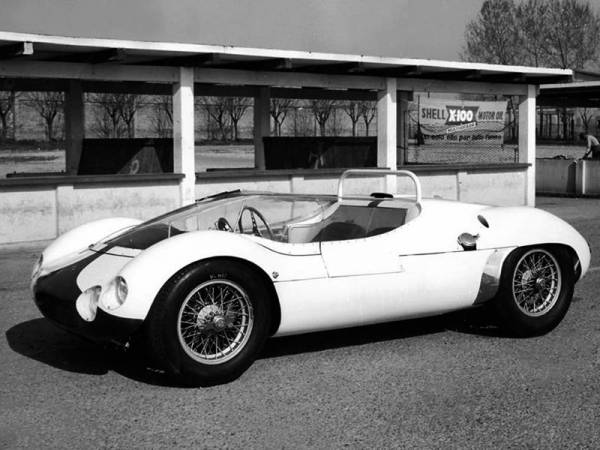 Maserati Simun (1968). The model, developed by Atelier Ghia to order Maserati for research quadruple the functionality of the sports car. The car was shown at the Turin auto show and was not intended for mass production. 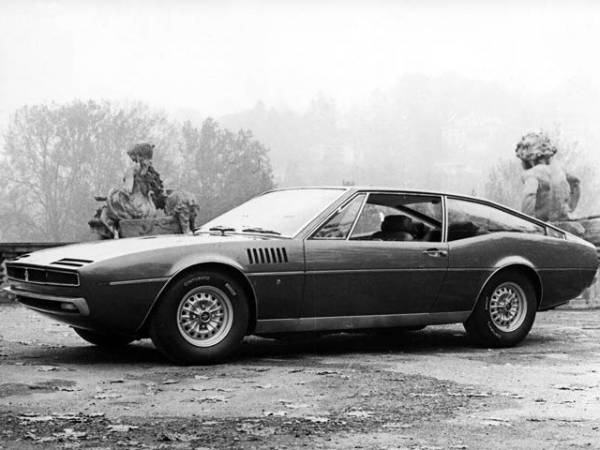 Maserati Boomerang (1972). Fantastic concept car is the work of Giorgetto Giugiaro. Interestingly, it was presented as an independent development Italdesign in 1971 as a non-functional layout, and a year later acquired the engine and started the car. Boomerang laid the Foundation of Giugiaro design for many years to come — his features bore a VW Golf 1 and the Lancia Delta, Lotus Esprit and the De Lorean DMC-12. 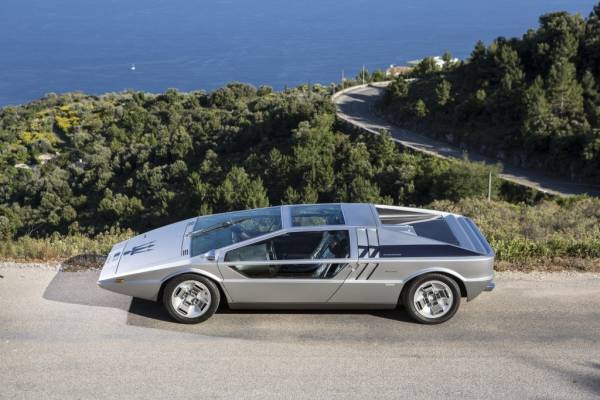 Maserati Medici II (1976). Two similar to the concept car known as the Medici I and Medici II, was designed by Italdesign as a prototype quadruple luxury car with features a sports car — but carrying the Executive function. The second instance directly at the motor show in Turin bought the 35th and the last Shah of Iran Mohammad Reza Pahlavi. 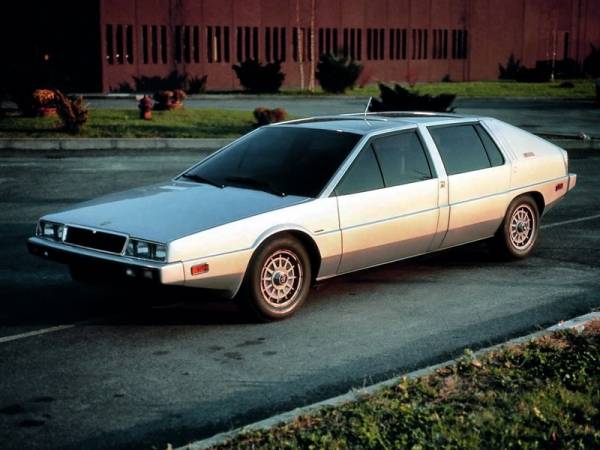 Maserati Chubasco (1990). Design the experiment Marcello Gandini, built as a layout without an engine in a single copy. An interesting solution was a complete disguise retractable actually the roof under the fixed part of the body. 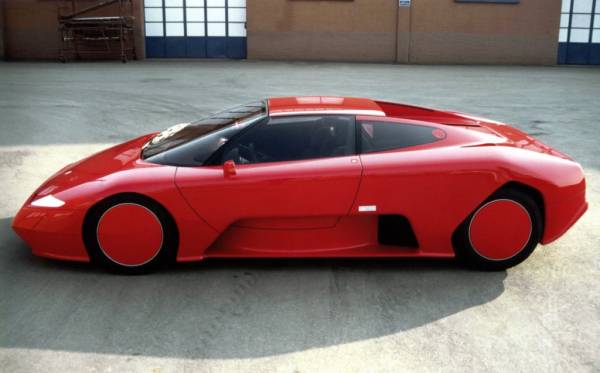 Maserati Barchetta Stradale (1992). The Maserati Barchetta was not supposed to be a road car under any circumstances — it was supposed to be a sport prototype for a competition like “24 hours of Le Mans”. And 15 of the 17 instances was it racing — but with the remaining two something went wrong. The car was developed by the designer Carlo Nest of Synthesis Design, and Maserati’s Barchetta Stradale is just one of two attempts to bring the Barchetta to the road version. But sports Foundation still shines through. 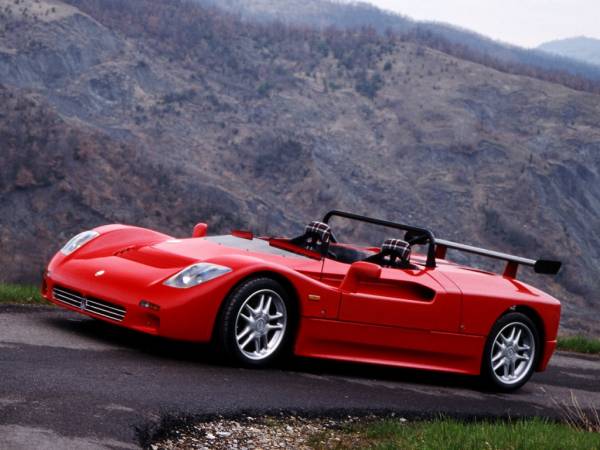 Maserati Buran (2000). A compact car from Maserati? Well, compared to conventional supercars, the company “family” Maserati Buran developed by Italdesign did seem quite ordinary, although the car was of the highest class, in length consisted of 5 meters and was set in motion 370-horsepower engine. 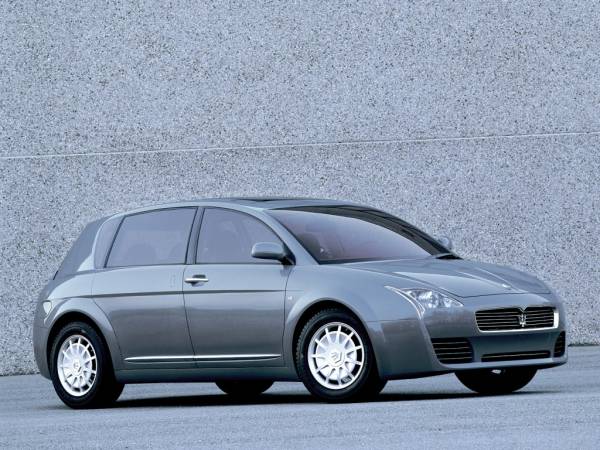 Maserati 320S (2001). In 2001 Italdesign presented their vision of the sport prototype Maserati on the basis of the production model Maserati 3200 GT 1998. Easy single sports car was still recognized as uncompetitive, and the alignment never came out. 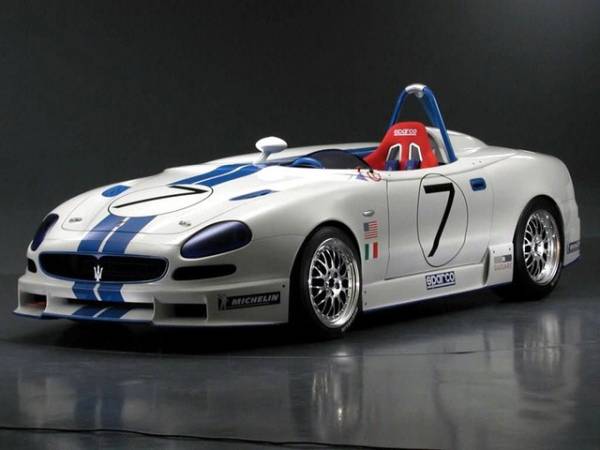 Maserati Birdcage 75th (2005). In 2005 Pininfarina remembered the same series of mid-engined Birdcage sports cars, and presented at its 75th anniversary modern fantasy on the same theme. The car is equipped with a 6-liter engine of the Ferrari F140 and canopy door allows to get into the cockpit without the usual side doors. 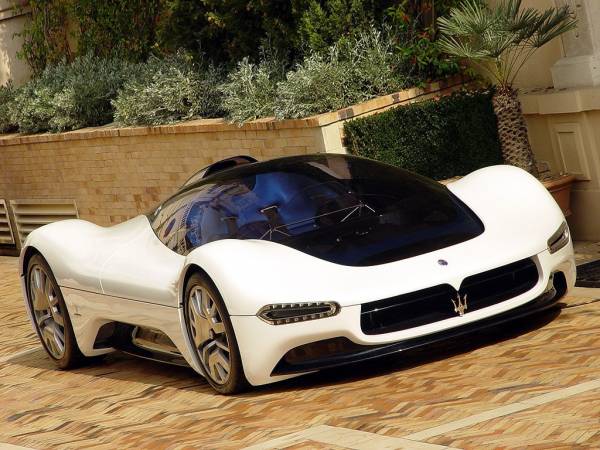 Maserati Kubang (2011). Maserati attempt to “keep up” for Porsche and other car manufacturers of the highest class, suddenly entered the market of SUVs. The concept car presented in Frankfurt in 2011; in 2017, the series will go production car Maserati Levante, based on the Kubang. 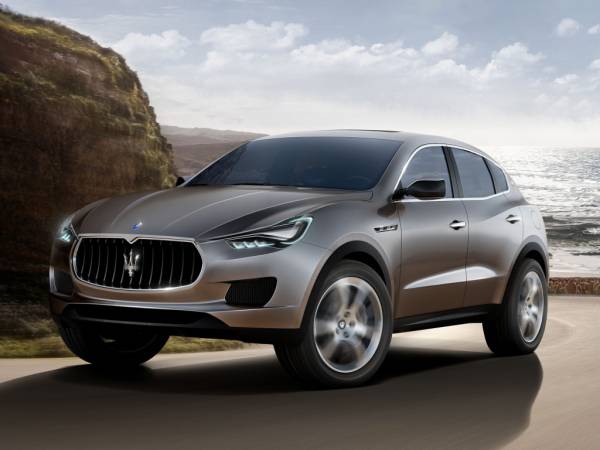