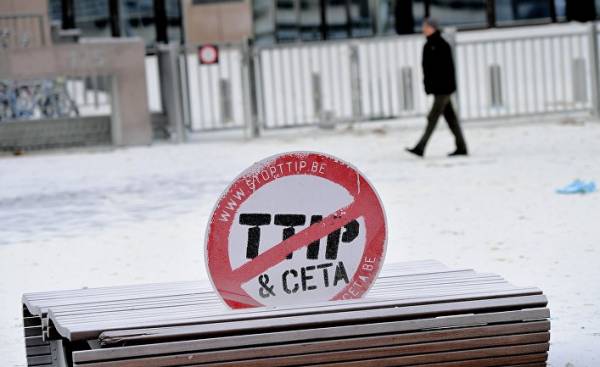 I have to admit, as a confession that firmly believe in the benefits of globalization. In my opinion, a gradual increase in interconnections between regions, countries and peoples is itself a profoundly positive phenomenon of our time.

However, the US President has now become a populist, who led the election campaign on a platform of radical economic nationalism and protectionism. And in many countries, public debate is dominated by talk about so-called “losers” from globalization, and also feeling the need for a new policy in order to halt the rise of populist discontent.

When I was born, the world population amounted to 2.5 billion. I remember a time when many feared the onset of mass starvation, a sharp increase in the gap between the rich and the poor, and the inevitable universal collapse.

Now we live in a world with a population of 7.5 billion people. However, the proportion of people living in absolute poverty is declining rapidly, and the gap between rich and poor countries is gradually decreasing. The average life expectancy in the world increased from 48 years to 71 years (although the difference between countries remained significant); total income per capita increased by 500%.

Looking back at the last 25 years, it can be argued that it was the best quarter-century in the history of mankind. Since 1990, the proportion of people living in extreme poverty in developing countries fell from 47% to 14% and infant mortality is a critical indicator has decreased by half. The world has never seen anything like it.

A similarly positive picture show and other indicators. On the battlefields of fewer people dying than in any other historical period, which we have. And even just a few years ago, the proportion of people living in countries with a more or less representative form of government, has steadily increased.

This remarkable progress is partly due to the achievements of science and technology. But at least equally he owes the expansion of economic cooperation in international trade and investment, as well as the dominant liberal order, which made it possible to such positive developments. In short, globalization was the most important driving force of these decades of progress.

In our days, international trade is often wrongly blamed for the closure of factories and loss of jobs in developed countries. But in reality, the disappearance of the old industry caused in the first place, new technologies that enhance the performance and increase the wealth of our societies. The growth of inequality, real or imaginary, also to a much greater extent is associated with the development of technology, not trade.

Yes, today was not so much farmers as in previous decades, or even centuries; closed textile mills of Lancashire, the steel mills of Pittsburgh, the coal mines of Duisburg; in the vast forests in the North of Sweden is now working a lot less people. Children of those who worked in these industries tend to attract the lights of the rapidly growing cities, where they take jobs that only a few decades ago it was impossible even to imagine.

Before the globalization of the lives of most people in the world were poor, brutal and short. However, modern anti-globalists turned nostalgia to your motto. They want to make America “great again” (as well as Russia, Islam and so on). Each of them is ready to act against the other, but together they oppose globalization.

The economic situation was not very favourable in the first years after the financial crisis of 2008, but now the level of employment and economic growth are restored almost everywhere. Real (inflation-adjusted) GDP in the Euro area has been growing for 15 consecutive quarters. In all EU countries the growth in the economy over the next five years. Meanwhile, in the US economy things are still good — the unemployment rate below 5% and real incomes rise.

Of course, one can argue that in many societies there is a growing feeling of cultural threat. Last but not least this is because many people are told, if external forces, such as migration, destroying traditional sources of peace and stability. They say that the return in one form or another to tribalism (i.e., breeding isolation) is a ready mechanism of solution. Their mythical tribe was great in some mythical past. Why not try to recreate it?

This mentality poses a serious threat to the most vulnerable people in the world. The achievement of one of the “sustainable development Goals” UN — eradicate extreme poverty worldwide by 2030 is entirely dependent on the continuation of economic growth through international trade, technological innovation and international cooperation. The erection of trade barriers, the transition to digital mercantilism and the General weakening of the liberal world order, all this will cause serious harm to the poorest people of Africa and other underdeveloped regions, but will not help the miners in West Virginia.

Strong is always right, and that the weak will have to bear the burden of nostalgic protectionism, which will destroy the fruits of globalization. This year at the world economic forum in Davos, Chinese President XI Jinping extolled the virtues of globalization, while many Western business leaders wandered through the halls, trying to look concerned about the fate of the alleged victims of this process.

The Communists kept the faith in globalization; and the capitalists, it seems to be lost. It’s weird and does not match the results that have been achieved, nor the facts at hand. We have every reason to maintain confidence in the usefulness of the process that provided such a growth in prosperity for a greater number of people; no one could have possibly imagined only a few decades ago. We should not be ashamed to defend globalization and to combat the reactionary nostalgia.

We can have a brighter future, but only if we do not look for him in the past.