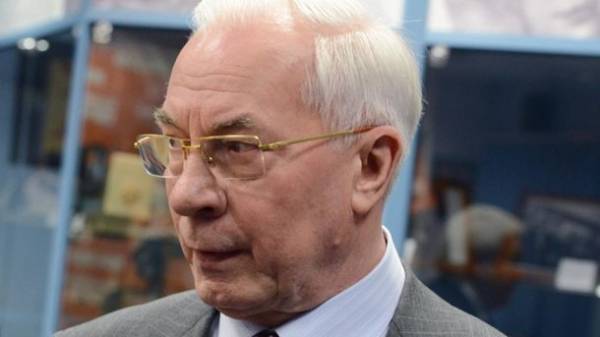 Fugitive ex-Prime Minister of Ukraine Mykola Azarov attended a meeting of the don Cossacks in Rostov-on-don, where he is in a meeting even called “the future President of Ukraine”. About this in Facebook according to the military expert, the MP Dmitry Tymchuk.

According to him, on 19 Feb scheduled final meeting of Cossacks of the so-called “Donskoy’s vseveliky army”. However, as it became known, in early February, they have already conducted a meeting of their representatives, which lit up and former Ukrainian Prime Minister.

“The previous meeting on this issue was held in early February with the participation of “the chieftains” and representatives of “DNR/LNR”. It also called for the former Prime Minister of Ukraine Mykola Azarov said that during the meeting called “the future President of Ukraine”, and also representatives of FSB of the Russian Federation”, – Tymchuk wrote.

According to him, during the meeting the leader of the don Cossacks Kozitsin said the need to accelerate the final formation of the “Cossack national guard”, which will operate in the Donbas, regardless of the military units of “L/DNR”.

As reported, Russia has sent to Donbas, hundreds of Cossacks and dozens of tanks. Thus, in the period from 9 to 12 February through the checkpoint Izvarino on the temporarily occupied territory of the Luhansk region from Russia had deployed about 10 armored combat vehicles and buses with the Cossacks from the “vseveliky army of Donskoy”. Only about 300 people.