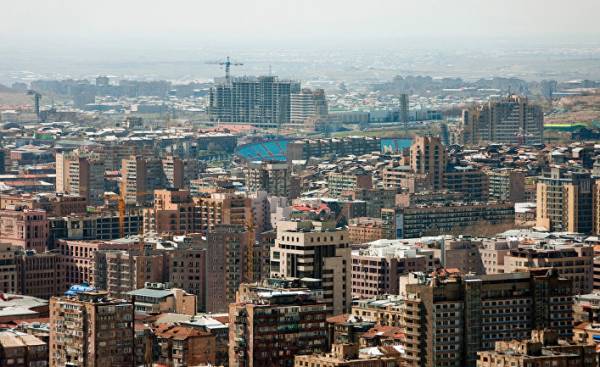 Ahead of parliamentary elections in Armenia are different political forces, alliances have already begun to make different statements. As before, these statements mainly relate to the internal and external problems of the country that can be considered more than natural and objective. But the basis of external and internal problems is often a problem of absence or defective development of political culture inherent in developed democratic societies. This question often eludes the attention of both society and various political forces.

The political culture of developed, democratic countries implies syrokomlia political elite and citizens, the existence of a strategic vision for long-term development prospects of the country, a high level of citizen participation in the political process, an active dialogue between the authorities and society, the atmosphere of tolerance in the external and internal issues, the exclusion of artificial dividing lines of hostility, and so on.

Although much remains to be done to fully achieve a high level of political culture inherent in democratic countries, it should be noted that recently in this direction in Armenia was made many steps. Refer to several of them.

A new element of foreign policy culture is an exception to hostility in relation to neighbouring countries and steps towards a dialogue between societies. Such a step was the initiative of Armenia on the normalization of Armenian-Turkish relations, which included the establishment and development of bilateral diplomatic relations without preconditions. An example of eliminating the hostility towards the neighboring nation is also used at the highest level the assertion that the people of Azerbaijan is not enemy of Armenians. A tolerant attitude to the people of the neighboring country even in the case where the steps of the opposite side, as at the level of statements and actions cannot be considered equal or balanced.

A positive element of political culture is also the practical application of policy of not building barricades, not opposition. A striking example of this was the policy of “both-and”. In practice today we can say that thanks to this policy, Armenia has managed to avoid isolation in both camps (European and Eurasian), but instead continue to cooperate with both parties on different levels. It should be noted that Armenia still managed to adhere to the principle of “both-and” policy of not opposing not only in various integration processes (EEU/EU), but in the context of cooperation with different regions.

For the formation of a new political culture based on dialogue, were also important steps towards the formation of a new level of cooperation with the Diaspora. From this point of view an important precedent for direct dialogue with the Diaspora was the Armenian visit of the President of Armenia Serzh Sargsyan in 2009, the purpose of which was to attract our compatriots in the process of normalization of Armenian-Turkish relations initiated by Armenia, the alert about the processes, presentation of their approach and so on. Long the result of a direct dialogue was also all-Armenian resolution adopted by the 100th anniversary of the Armenian Genocide.

In the internal political processes are also already made a number of important steps for the emergence of a culture of broad public debate, in the establishment of a direct dialogue of the authorities with the opposition and society. The new launch of the dialogue government-opposition can be considered negotiations between Serzh Sargsyan and Raffi Hovhannisyan after the presidential elections in 2013. In fact, the opposition and the government chose the path of negotiation and dialogue, instead of ignite clashes, hostility between different groups in society.

The last recent example of tripartite dialogue government-opposition-civil society was the discussion of the constitutional reforms and the signing of the 13 September agreement between the parties to the format 4+4+4 — representatives of the authorities, opposition and civil society. The sides reached agreements on a number of amendments to the Electoral code, in particular, agreement has been reached about the mandatory publication of lists of citizens, placing surveillance cameras at polling stations and so on. Not by chance in his last interview, the head of the EU delegation to Armenia, Ambassador Piotr Switalski called the agreements reached unprecedented and quite impressive.

Constitutional reform and the transition to a parliamentary form of government, initiated by the current government of the country, are also important strategic step towards long-term development of the country. This is based on the following logic: shifting the responsibility on the shoulders of the collegial body, in the long term we contribute to the formation held political forces and legislative branches, which are characteristic of democratic societies.

In the future with continued development of these steps, in the end, we can hope for the formation of a developed political culture, typical of democratic societies where every citizen and every political force has not only the vision of long-term development of the country, but also a clear understanding of their role in this process.