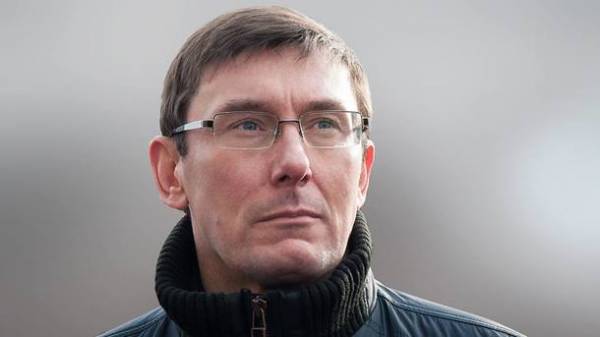 According to the results of competitions in prosecutors of basic level at present, 450 new prosecutors, of which 93% are candidates who have not had work experience in the Prosecutor’s office. This was announced by Prosecutor General of Ukraine Yuriy Lutsenko.

“This infusion of new blood, which we mentioned in the beginning of our work, happened. Emphasize that this is not a one-time act, but a constant work. In the future, is the vector attraction in the local Prosecutor’s office new employees will continue our work,” he said.

According to the public Prosecutor, these competitions were selected every third head of the local Prosecutor’s office.

“No playing around vertebrates assignments was not. I know that in some areas – in particular, Ternopil, Volyn, Lviv – in the media, heard statements that the children of rich parents claim a special relationship to himself in these contests, but none of that happened,” he said.

It was reported earlier that Lutsenko dismissed the investigator of GPU for stealing coupons for fuel.