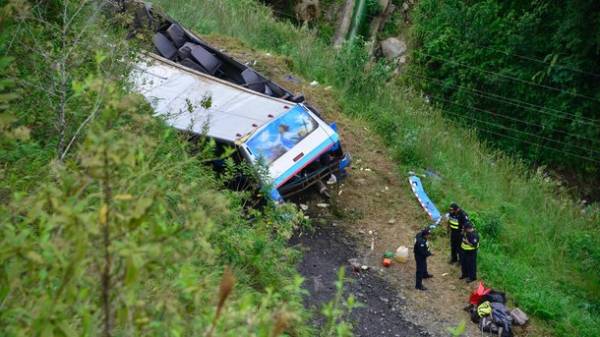 In Guizhou province in southwest China bus fell into the river. The causes of the accident is not yet established. According to the Agency “Xinhua”, ten people were killed. Five passengers of the ill-fated flight were injured.

It all happened when the bus was passing through the bridge, in the County cauayan, Isabela city district of Guiyang.

The investigators have to establish why the driver lost control. Also not reported, if he’d stayed alive.

Earlier it was reported that in Nepal, the bus fell into a 300-metre gorge, with the result that many people died, including two children.