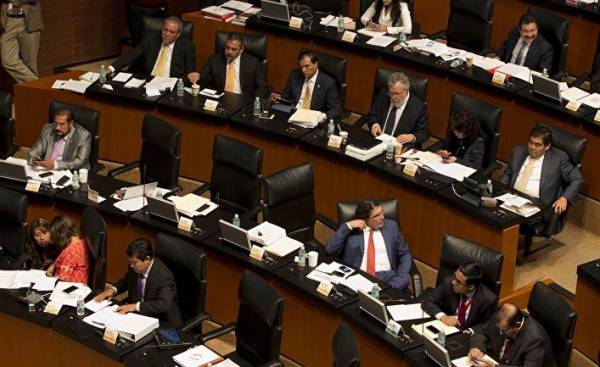 Before the introduction of the first three packages of sanctions, which were connected with the Kremlin-backed aggression in Ukraine in 2014, the US stressed the importance of negotiations with the European allies. The European Union imposed its own sanctions at the same time with the United States. In fact, it is the European commercial and financial restrictions hurt Russia more likely: Europe is the largest market for Russian energy exports, while the US Russia has never been particularly strong trade relations. The loss of direct and portfolio investments from Europe and the abandonment of the project “South stream” became the most painful consequences of sanctions. Today, it is the restrictions imposed by Europe, is the main reason for the desire of the Kremlin to achieve the lifting of sanctions.

This time the senators, who promoted the bill, has not taken any steps in order to create a coalition that would include Europe. But such attempts are likely not to be crowned with success. Although the EU continues to be reluctant to extend the validity of its restrictions against Russia, the Europeans don’t want them to tighten. In addition, the Senate bill is a response to speculation that Russia intervened in the presidential election in the United States. But given the experience of the elections held recently in Europe, where candidates belonging to the President of Russia Vladimir Putin favorably, lost, some European leaders think that the US is overly sensitive to what is happening.

The US needs to clarify the bill on sanctions, its European allies, given how painful the sanctions can be for some of them. Among other things, this bill States that the President of the United States “may introduce” a variety of sanctions against companies who take part as investors, suppliers and contractors in the implementation of Russian projects of construction of pipelines. Moreover, the text of the bill clearly States that it is not only about how to punish Russia, but also on the need to fight for the European market.

“The U.S. government stated in the bill, should give preference to the export of American energy to create jobs in America to help allies and partners of the US and to strengthen US foreign policy”.

Such a formulation obviously aimed against the project “Nord stream—2” tubing which must pass through the Baltic sea to Germany, bypassing Ukraine. Among investors of the “Nord stream—2” there are five large European companies: the French company NGIE, Uniper and German Wintershall, Anglo-Dutch Shell and Austria’s OMV. The US President is not going to — as required by the bill to impose sanctions against them because they cooperate with Russia. But linking sanctions with the American jobs and energy exports to Europe, the senators, of course, trying to make Trump was hard to refuse such an offer: his campaign was built on promises to provide Americans with jobs and to achieve trade advantage for American manufacturers.

This is what worries European leaders. Natural gas production in Northwest Europe are falling rapidly, and although the US continues to increase the export potential of liquefied natural gas (LNG), it is unclear whether its price to compete with the price of gas supplied by pipeline to the Russian state company “Gazprom”. Currently, large-scale U.S. LNG exports to Europe appear to be loss-making enterprise designed to capture market share. But if this export will be supported by the us sanctions against projects of “Gazprom” on gas pipeline construction, Northern and Central Europe at any moment can be held hostage to American suppliers.

In a dramatic joint statement they issued on Thursday, June 15, foreign Minister of Germany, Sigmar Gabriel (Sigmar Gabriel) and the Austrian Chancellor Christian Kern (Christian Kern) said that they were unable “to agree to the threat of illegal extraterritorial sanctions against European companies that are involved in the development of the energy supply of Europe”. Europe’s energy supply — the case of the Europe, not America, they added. Gabriel and Kern also warned America that it is not necessary to expand sanctions without consulting with European partners:

“If we do not align our actions with each other and become guided not concerning the fact, motive, as, for example, the economic interests of the United States in the issue of gas export, it will be not only regrettable, but also harmful in terms of the effectiveness of our position in relation to the conflict in Ukraine. Foreign policy interests cannot in any case be mixed with economic interests”.

With private economic interests of Europe in this case is not so simple. Against the project “Nord stream—2” act decisively Eastern European countries that benefit from the transit of Russian gas. Ukraine and Belarus are getting hundreds of millions of dollars for the transit of gas from Gazprom. Poland urges EU to abandon the implementation of the “Nord stream—2”, as happened with the “South stream”. Poland is counting on the construction of another pipeline through the Baltic sea from Norway.

Sweden, Finland and Denmark, through whose territorial waters have to pass “Northern stream—2”, calls on the Commission to seek a mandate for negotiations with “Gazprom” to get rid of the legal uncertainty surrounding this project. While things are not going smoothly. Thursday, June 15, German Chancellor Angela Merkel said that, from her point of view, “economic draft” does not need the approval of the European Union.

The current political dynamics in the European Union conducive to the implementation of the project “Northern stream—2”. Western European countries, primarily Germany and France, are not willing to spoil the post-Communist EU members such as Poland, especially given their blatant disregard for the values of the EU and refusal to cooperate in resolving the immigration crisis. Meanwhile “Gazprom” cooperates with the European Union hoping to keep its share on the market in 2016, he placed a record amount of gas. “Gazprom” has agreed to settle instituted against him in the antitrust case and to amend their contracts to provide buyers with more opportunities. Most likely, this case will end with a compromise: “Gazprom” will be obliged to comply with the terms of the contracts in Eastern Europe even after the construction of the Baltic pipeline.

However, this compromise must develop the Europeans themselves. If the US wants to play a certain role, they need to negotiate with your allies, and not try to impose a fait accompli. Us Congress must understand that if they act otherwise, it will only aggravate the international situation and intensify the chaos provoked by the administration of the trump. Their strong desire to punish Russia should not be implemented to the detriment of the cohesion of the Western Alliance. 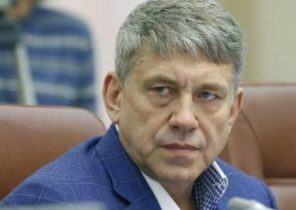