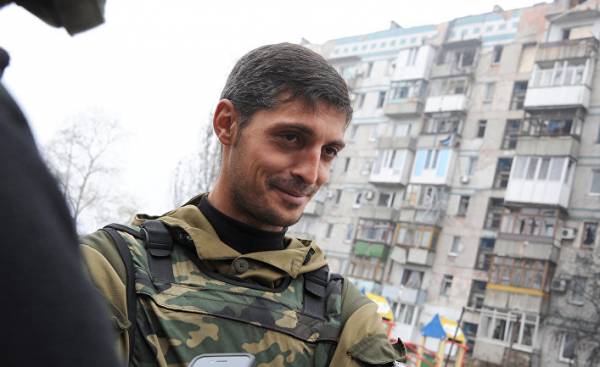 They say you reap what you sow. Recent major terrorist attack in the East of Ukraine (the murder of the commander Givi in Avdeevka) definitely will receive a response, although in the media we do not hear. The impression that everything is fine, that is a common thing on the battlefield, which soon forget. But peace and quiet on the battlefield come before the storm. And in this case I mean the field of military and diplomatic battle.

Putin, NATO, EU, OSCE, the UN and individual governments, are silent. No one dares to condemn a terrorist act, a violation of Minsk agreements by Ukraine and the intervention of the Ukrainian security forces in the electoral campaign in the United States. Nobody sees, nobody comes to impose sanctions against Ukraine. The IMF is doing its job. So I recall the words of Bruno Jasienski (1901 — 1938), Polish writer, futurist and victim of the great terror in the Soviet Union: “do Not be afraid of enemies — at worst they can kill you. Don’t be afraid of friends — at worst they can turn on you. Be afraid indifferent — they do not kill or betray, but only from their tacit consent there is on the earth a treachery and murder”.

Speaking about the death of Givi in the clever result of a terrorist act, you need to understand that it is necessary to punish not only possible traitors or perpetrators but also the instigators of the murder. In this case, we can assume the involvement of Ukrainian security services and the authorities. Today in the Ukrainian security services few professionals in comparison with the past or with Russia. Most of them resigned after the coup, and to replace them came the fanatics, nationalists and Amateurs in matters of security and law.

As Ukrainian troops can not win the war against Donetsk and Lugansk national republics, despite investments Poroshenko in the army, they have no choice but to use terror. However, the terrorist struggle does not know the standard military rules, not limited to the battlefield and uses the civilian population. And here arises the problem of silence is not only Putin, NATO and the EU, but also international law, which I respect as long as it does not turn into an umbrella for sheltering Nazis. The hope is still there — Putin and the national guard.

President Putin has created it with the expectation of possible use abroad. The national guard is doing everything to avoid such terrorist acts as in the past. Europe underestimates dying, the desperate leadership and lack of professionalism of the security services. The EU is silent, as if the Minsk agreements was not, and the main party to the contract did not commit terrorist acts. OSCE dark and represents, in addition to the UN, the most extensive from the point of view of geography and the weak organization in the field of security, including its 57 member countries. I assume that it expects the reorganization and fate of the UN, NATO and other organizations who betrayed their original purpose, soaked with corruption, and play the role of well-paid servants. Here I would like to mention that I was a member of the conference of the CSCE (1990) in Bonn, so I know whereof I speak.

In the US President, trump decided to publish classified information on the number of terrorist attacks under Obama. Even a cursory assessment makes you doubt the fact that security services USA keeps all necessary for the peace and freedoms of the citizens under control. In this context, by the way, we have to consider the order of the President trump the Pentagon 30 days to analyze and develop a strategy to solve the problem of Syria, Turkey and the Kurds. Therefore, the President trump today and was able to afford to call Senator John McCain at absolute zero(lo(o)ser) after the Senator appreciated the recent anti-terrorist operation of the USA in Yemen as a failure.

As a leaf cannot turn yellow without the silent consent of the whole tree, and the perpetrator cannot accomplish his crime without our secret will, wrote Kahlil Gibran (1883 — 1931), Lebanese origin, artist, poet and writer, in his world famous work “the Prophet.” As the war in Eastern Ukraine was transformed into a terrorist, Putin, NATO and the EU are silent. Everyone has their own reasons. I admit that soon Minsk agreements will cease to operate. Still, the diplomats will continue to negotiate. Because today contracts are to perform. Therefore, the solution of the problems they find. Real output seem to me the actions of the troops of Donetsk and Lugansk on the model and with the help of the Russian peacekeepers or the model of the actions of Israel and the United States. The latter never doubted, pursued the enemy on foreign soil and killed him there. It is enough to remember Panama, bin Laden and others.

Russia has practically always had repulsed the attacks and shed a lot of blood, before reaching Paris or Berlin. I don’t expect to terrorism in Ukraine, Russia or NATO will go camping. But I admit that in case of escalation of the conflict and silence from NATO, the EU and the United States, in the campaign in the West will leave the troops of the Donetsk and, possibly, Lugansk. In this case, we in the West will be too late to act. The determination and brutality of the warring Ukrainians can become a threat to many countries-EU members. Meanwhile, will continue to be silent about the killing of opponents and innocent civilians at different levels and in different places, and NATO and the EU will prove that after the first paint of shame for sin comes indifference, and from immoral it becomes “nemoralis” as said by American philosopher Henry David Thoreau. 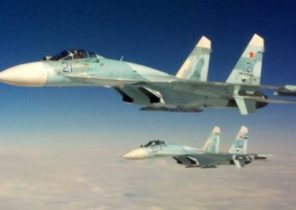 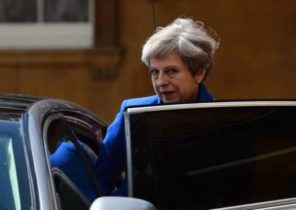