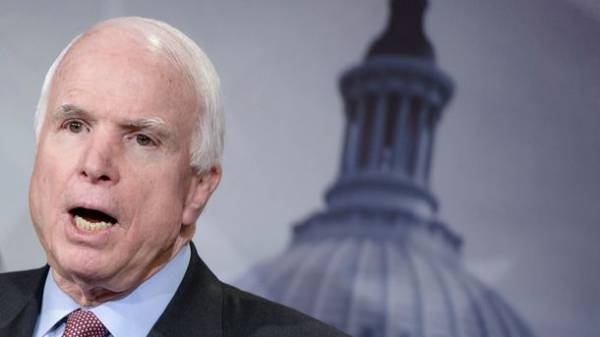 The resignation of national security adviser Michael Flynn raises even more questions about how the administration of President Donald trump will interact with Russia, said the head of the Senate Committee on armed services, Republican John McCain.

“The resignation of General Flynn … raises additional questions about the intentions of the administrations trump regarding Putin’s Russia”, – reads the statement McCain released Tuesday.

In addition, the Senator expressed surprise at the recent statements of trump “about the moral equivalence (of action) of the United States and Russia, despite their (Russian – Ed.) the invasion of Ukraine, annexation of Crimea, the threat to our NATO allies, attempts to interfere in the American elections.”

“American policy towards Russia must be clear and unequivocal: we will fulfil our obligations to our NATO allies to maintain and strengthen our deterrent capability in Europe, will bring to justice the Russian human rights violators, will maintain sanctions against Russia, while it continues to violate the sovereignty and territorial integrity of Ukraine”, – said McCain.

In his opinion, the resignation of Flynn is also “an alarming indication of dysfunction in the national security apparatus”.

The Senator expressed hope that soon will be found a good replacement for Flynn.