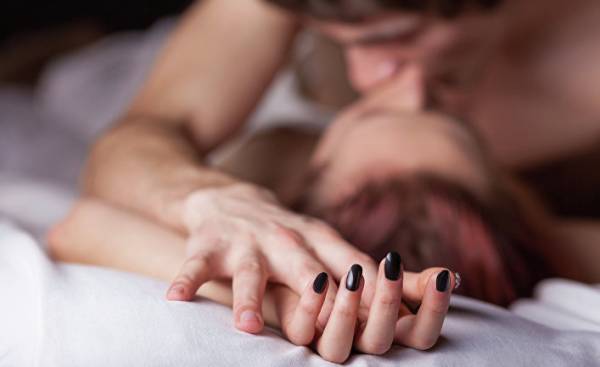 Sexual activity the average person in Western countries has declined markedly in recent decades — and this may be the growing anxiety that has entangled the modern society, according to columnist for BBC Future. But there are other reasons.

We live in the greatest era of sexual freedom in the history of mankind.

New technologies have opened up many new opportunities — for example, people a century ago had neither birth control pills nor Dating sites.

The sexual revolution has gradually led to changes in many social norms, making society generally more tolerant to homosexuality, and divorce, and premarital sex and even to forms of sexual relationships like polyamory and swinging.

Even more paradoxical is the fact that is confirmed by numerous studies: today we have sex less than before.

In March of this year American researchers Jean Twenge, Ryan Sherman and Brooke wells published in the journal Archives of Sexual Behavior article, which emphasize that at the beginning of the 2010s, Americans have annually had on average nine sexual encounters less than in the late 1990s, that is, the average number of sexual acts has decreased by 15%.

The decline in sexual activity was about the same among the sexes, races, nationalities and professions. And most significantly, this figure decreased to married couples.

And although it cannot be denied that one study is not the ultimate truth, today this tendency is clearly stronger.

In 2013, the National survey of sexual attitudes and lifestyles (Natsal) found that Britons aged 16 to 44 years had on average less than five sexual encounters per month.

While in 2000, according to the results of this survey, the people of Britain were active sexually: then this index was 6.2 times per month for men and 6.3 for women.

The worst things are in Japan, where, according to the latest figures, 46% of women and 25% of men aged 16 to 25 years disparagingly refer to sex in General.

All this, of course, you can find many explanations that lie on the surface, but still interesting to deeply study the causes of this apparent decline in sexual activity.

The first explanation lies on the surface — new technology: with the help of pornography has become much more accessible, and social networks to maximize the range of its consumers.

The growing popularity of online pornography gives rise to some researchers consider the sex addiction on the Internet a mental disorder.

According to one of the authors of this study, Carlo Foresta, these people get used to the “violent demonstrations” sexual relations and as a result have problems with erection in real life.

Some researchers even claim that viewing pornography is bad for the chances of finding a permanent partner.

A study published in 2014 in Eastern Economic Journal, revealed an inverse relationship between frequency of viewing pornography and marriage. First of all, this correlation was evident among men.

If earlier researchers argued that sexual activity in the bedroom significantly reduces installed it, now this factor of steel “Facebook”, “Twitter” and “Instagram” (plus “Vkontakte” and “Classmates” for Russian users — Approx. transl.).

The same can be said about social networks. Despite the fact that smartphones take away time from real life, Dating sites and apps like Grindr and Tinder made sex more accessible.

Hence, though technology certainly has affected our sex life, to consider them the sole reason for the decline in sexual activity does not.

However, here the dependence is not so obvious. In 1998, Janet Hyde, John Delamater and Erri Guit published in the Journal of Family Psychology, the study results demonstrate that the level of sexual activity among working women and Housewives is not much different.

On the contrary, active professional life, as a rule, correlated with greater frequency of sexual contact.

However, this does not mean that the work does not at all affect sexuality.

It is important, however, is its quality, not quantity. Work that is not fun, harmful to mental health, which affects sexual life.

The main reason for the decline in sexual activity and satisfaction from sexual activity often find stressful (which, of course, very often linked with what is happening at work).

For example, in 2010, Ki-Bodenmann and his colleagues at the University of Zurich for three months studied the behavior 103 of Swiss students came to the conclusion that the higher the level of stress (reported by the scientists participating in the research), the lower sexual activity and, consequently, satisfaction from sexual activity.

Stress affects people in very diverse — affecting hormone levels, creating a negative perception about their own body, forcing us to question further the meaning of family relationships and increasing consumption of alcohol and drugs.

All this has a direct impact on sexual life — more precisely, its reduction.

5. Modern life as such

Among many other reasons that affect the sex life, researchers have identified mental health, well-being and happiness.

Recently in Western societies suffering from an epidemic of mental disorders and the most common are depression and anxiety.

Numerous studies clearly show that depression is causing problems in the sexual life and reduces libido.

Scientists Twang, Sherman and wells also note that between the decline of life satisfaction and a decrease in sexual activity, there is a causal relationship.

The lack of stable work and housing of their own fear of global catastrophes and lonely life in big cities is bad for mental health.

Thus, the reduction of sexual activity can be considered a consequence of modern life.

This is due to the influence of many factors, among which must first call it stress, tension at work, the feeling of General uncertainty and the ambiguous achievements of the scientific-technical progress.

Perhaps someone will say is that, considering the loose morals of modern society, the decline of sexual activity — it’s not so bad.

However, the importance of sex cannot be overemphasized. It makes people happier and healthier, promotes professional and personal comfort.

And most importantly for many people the sex just brings joy. That is why all over the world are actively trying to solve this problem.

In February of this year, for example, Swedish politician, Per-Erik Muskos proposed to introduce a paid break for sex.

Muskos believes that couples in the country spend little time together, so break them would be very useful.

Japanese experts have spent many years trying to cope with this problem, alarmed by the rapid decline in fertility in the country.

For the birth of the child the Japanese government pays parents a premium, and businesses are encouraged to provide employees more free time, which they could use for procreation.

In addition, in order to increase the birth rate, local authorities give out to large families, food stamps and funding the Dating sites.

The Australian government also conducts such events for many years.

However, all these measures do not solve the underlying problems, so as not to affect the level of life satisfaction, which could enhance the sexual activity of people.

Because this is a very difficult problem, its solution must be multifaceted.

First of all, it requires improving mental health of people that are a bad influence stress and lack of stability. This improvement not only has a positive impact on the sexual life of the nation, but will improve the General health and welfare of the people.